Virginia Tech vowed never to take the Duke Blue Devils lightly after a late-game scare in Blacksburg last season. The No. 6 Hokies continued their winning ways in Durham 37-17 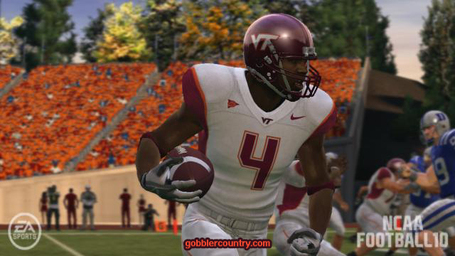 on the legs of true freshman tailback David Wilson.

Wilson and fellow tailback Ryan Williams split playing time in the first quarter with Williams scoring the first  touchdown. Williams left the game through the second quarter with a bruised elbow and never returned. Wilson took full advantage scoring two touchdowns of his own.

The Hokies never relinquished the lead and continued to add to the score thanks to three field goals in the second half from senior Matt Waldron including a 53-yarder in the third quarter.