Share All sharing options for: Week 11 ACC Bowl Projections: Hokies to Gator is Most Likely Scenario 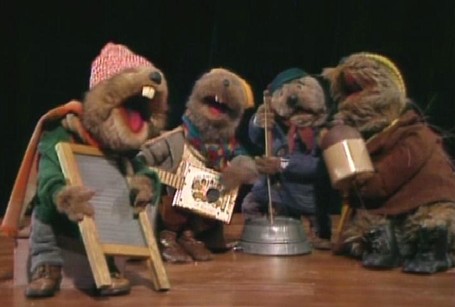 The holidays mean it's time for two things in my house: Bowl games and Emmet Otter's Jug Band Christmas (Via).

The Hokies' best case scenario is to win their last two games and finish 9-3 overall and 6-2 in ACC play. This would give them second place by themselves in the Coastal and likely mean a trip to either Jacksonville or Atlanta depending on the result of the ACCCG.

I won't even allow 7-5 to enter my head, but if we entertain the idea that Tech loses one of its last two, it would put the Hokies at 8-4 overall and 5-3 in league play. That would likely send the Hokies to either Orlando or Charlotte for their bowl.

The Peach Bowl is probably rooting for Georgia Tech to win the ACCCG. Assuming Clemson beats Virginia and goes to to Tampa, a Clemson win would give the Peach Bowl the choice between Virginia Tech and Georgia Tech.

Virginia Tech's fan base has already made two forgettable trips to Atlanta this year. Georgia Tech was in the bowl last year and its fans are already in town. The bowl committees have two obligations when making their choices: Sell tickets and fill hotel rooms. The Yellow Jackets will only take care of one of those.

Instead, the Peach probably covets Clemson and the potential match-up with Georgia.

I think Georgia Tech will beat Clemson in the ACCCG, leaving the Hokies heading to Jacksonville to face either Notre Dame or Pittsburgh. A quick note: I've got Florida playing GT in the Orange. The Orange Bowl has the first pick of BCS at-large teams this year and I think Alabama will beat the Gators. It would leave the Sugar Bowl without an SEC team for the first time since 2000 when the Hokies and Florida State played for the national title.

Update: Brian is right. The Sugar Bowl gets a replacement selection for losing the SEC champ to the BCSCG, so it would obviously take Florida. I'm guessing the Orange would rather have Penn State than Cincinnati, TCU or Iowa, so the Nittany Lions go here.