Ryan Williams broke a 76 yard touchdown midway through the third quarter to vault Virginia Tech back into the winning column 21-12 over East Carolina on Thursday night. 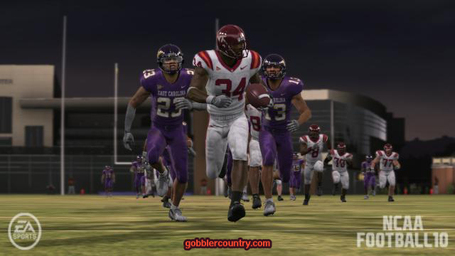 Williams became the workhorse for the Hokies racking up 186 rushing yards and the touchdown. The Tech offense did enough to take the lead into the locker room at halftime with one touchdown as the defense held the Pirates to only two field goals in the first half.

Both teams played well in the second half, but Tech played a ball control game by only allowing Tyrod Taylor to throw 22 passes, completing 15 of them including a touchdown to Williams in the fourth quarter.

Tech's defense played strong throughout the game including a Rashad Carmichael interception deep in Hokie territory preventing the Pirates from taking the lead in the third quarter. Two plays later, Williams busted free for the long run, breaking ECU's back.