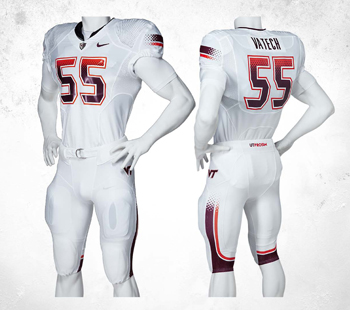 What a joke. Not pictured above are the white helmets we'll be sporting against the Terps. I can only imagine what these abortions would look like if we were playing a home game and Nike was given more liberal use of orange and maroon.

And the thing is, these are almost pretty good uniforms. If it wasn't for the crap on the shoulders and the gradient on the numbers and stripes, I would be pretty thrilled with these. But Nike had to make little additions here and there so you KNEW the jerseys were made by the boys in Beaverton. The swoosh is enough.

Just like with FSU and Ohio State's one-time only Pro Combat jerseys, these are almost really good uniforms. But the gradient kills it completely, in my opinion. I'm not a big fan of white helmets, either.

I get the feeling VT and Florida State are getting the jerseys Oregon said "no" to.

Update: More images and video from Nike's Pro Combat Web site. The helmet appears to have one thin orange stripe and one wider maroon stripe down the middle. Supposedly the helmets have a gradient as well, but I haven't seen a good photo of them yet. This could have been a lot worse. Look at what's being forced upon TCU this weekend.

It appears that 12 teams will be wearing the Pro Combat unis at some point this year. So far the three that have been announced are VT, FSU and TCU. Texas and Ohio State throwback jerseys utilizing the Pro Combat technology have also been leaked elsewhere on the series of tubes. 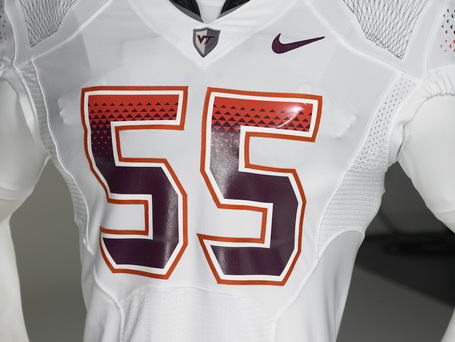 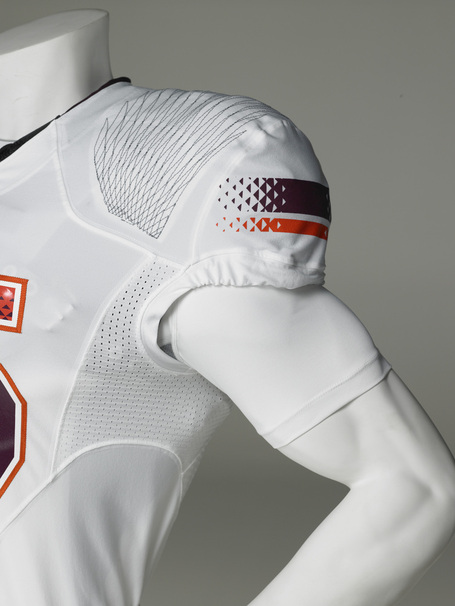 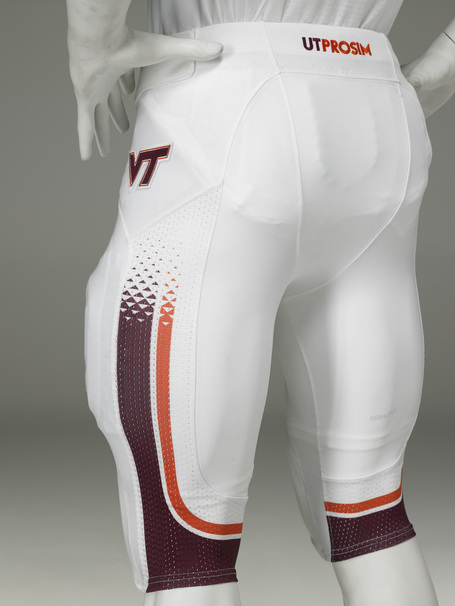 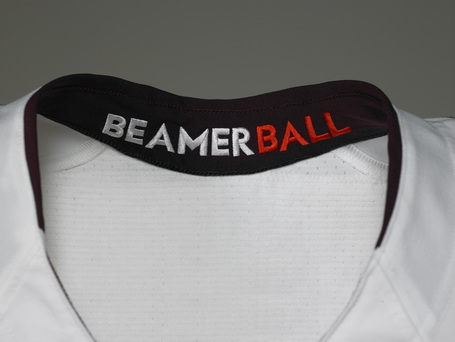