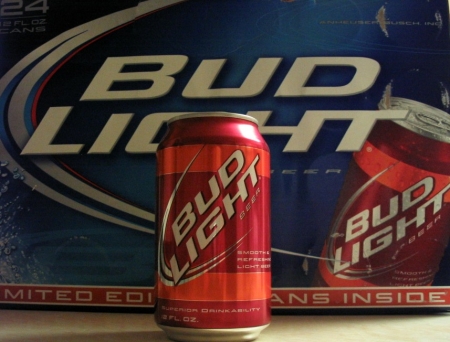 Wheeler Longs to Contribute Again (Randy King)
Once a starter before tearing an ACL, Sam Wheeler is forcing himself back into the mix at tight end. Wheeler was the Hokies' most reliable target in 2007 before he got hurt on a Thursday night in Atlanta. He's finally back at 100 percent and ready to contribute again.

Nate Irving Out for the Season (StateFans Nation)
Like SFN predicted when Irving was first in the car accident, he will miss the entire 2009 season. This is a big blow to an NC State defense that was average with Irving in the lineup and terrible without him in 2008.

Football Preview: Wide Receivers (Tar Heel Fan)
The Heels lost Hakeem Nicks, Brandon Tate and Brooks Foster from last year's team. They Hokies were in the same boat last season, but since it's a Tar Heel blog, THF uses a basketball analogy so the fans will understand.

The QB situation from their own perspective (Clempson Football)
Willy Korn and Kyle Park will both play for the Tigers this fall. But Korn's play will obviously be way more EXTREME.

Duke Football Hosts Media Day (ACC Now)
"Duke football coach David Cutcliffe met with the media on Tuesday afternoon and he was in a storytelling mood. He covered topics from the Wizard of Oz to a letter he received from a family member to baseball, not to mention updating the status of the Blue Devils as they prepare for the season-opener against Richmond on Sept. 5 at Wallace Wade Stadium."

Preseason breakdown: Offensive Line (Eagle in Atlanta)
The Eagles have four returning starters on a line that is perennially one of the best in the league. ATL is worried about the issues BC's center had with shotgun snaps in 2008.

Game On! BC-BU at Fenway (BC Interruption)
Too bad the game's on Jan. 8 or I'd go. I'll be in Pasadena that day along with all the other Hokies. My guess is Jeff and Brian will be too busy reading The Economist to make it to the game.

Boston College – The Unwanted Runt of the ACC (Joe Ovies)
ACC fans have been trying to give BC back to the Big East since 2005. It ain't going to happen. Ever. Unless the Big East can prove to BC it would make more money by rejoining the BE, it will never (PS - Never.) happen. $$$, bitches.

How to beat press man coverage (Smart Football)
"If you can stop, you can get open. All receivers must learn to stop immediately while in full speed. If you can stop in two short steps, you can always be open. On deeper routes, it might take three, but stopping -- slamming on the breaks -- is the key to cutting, breaking either direction, and just getting open generally."

Ruff Left With Tough Decisions (Die By The Blade)
After signing Mike Grier, the Sabres have a logjam at forward. Will it be a positive or a negative too have too many forwards?

In Search of the Elusive Puck-Moving D-Man (Orland Kurtenblog)
"Ray Bourque, Scott Niedermayer, Nicklas Lidstrom, Brian Rafalski, Sergei Zubov, Dan Boyle and Sergei Gonchar — each has at least one Stanley Cup ring and each is or was a premier puck-mover. It's not just a matter of piling up points for these guys; it's also leading the breakout and facilitating entry into the offensive zone, particularly on the power play."