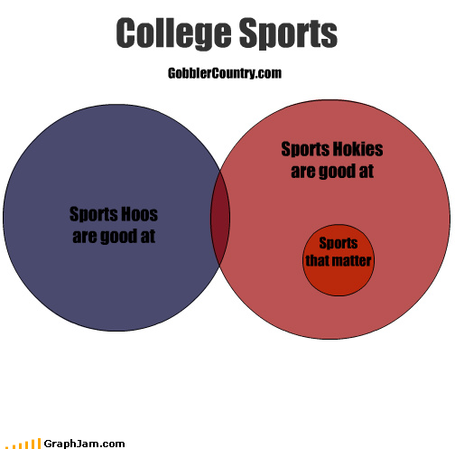 The Hokies move to 7-3 in conference and up to third in the conference standings thanks to their seventh win in their last eight games. Once again, Tech got a solid offensive effort from Jeff Allen. In his last five games, Allen is shooting just over 44 percent and is averaging 14.6 points per game. While his rebounding number aren't what they could be, I'm very happy with Allen's effort and production over this stretch.

We have six games left: Home games against Wake Forest, Maryland and NC State and road games against Duke, Boston College and Georgia Tech. If the Hokies hold serve at home, where they are 13-0 this year, they'll finish with a 10-6 league record and likely head to the NCAA Tournament. More likely than not, the Hokies will have to steal a win on the road to finish 10-6.

The Hokies' next game is against Wake Forest on Tuesday in Cassell Coliseum. The Hokies have had good luck against the Deacs recently, winning five of the last six meetings, including the last two in Blacksburg. However, the Deacs are on a similar hot streak to the Hokies. They've won six of their last seven, including their last four. It should be an outstanding game and one that will give us a good feel as to how the Hokies will perform down the stretch.