Share All sharing options for: Virginia Tech Will Host Rhode Island Wednesday Night with a Trip to New York on the Line 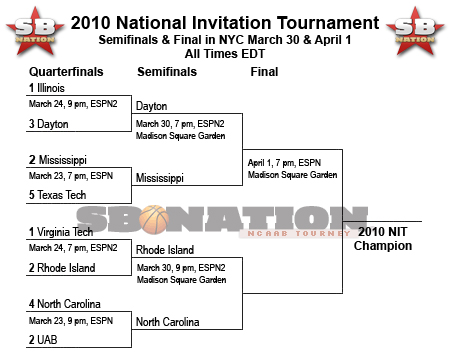 The NIT has announced the game time for Virginia Tech's game against Rhode Island. The Hokies will host the Rams at 7 p.m. EDT Wednesday, March 24 at Cassell Coliseum in Blacksburg. The winner will advance to the NIT semifinals at New York's Madison Square Garden. This is Virginia Tech's second trip to the quarterfinals of the NIT in the last three years. In 2008 it lost to Ole Miss at home in the quarterfinals.