Are NFL Teams Satisfied with Their Virginia Tech Players?

Share All sharing options for: Are NFL Teams Satisfied with Their Virginia Tech Players?

The NFL Draft begins Thursday and several Hokies look like they'll be taken this year, including Jason Worilds, Kam Chancellor and Ed Wang. Worilds and Chancellor have already been profiled here and we'll have a review of where the Hokies are headed and what their futures look like after the draft is over.

In recent years, Tech players have had very different levels of success in the NFL. Some, like Darryl Tapp and Eddie Royal, have done surprising well. Others, like Michael Vick and Kevin Jones, have not met expectations. But how happy have NFL fans been with the Hokies on their teams? I asked writers from several of SB Nation's NFL communities to weigh in on their satisfaction level with their team's Hokies.

The questions dealt with how Virginia Tech players have done for their teams in the last five years and covered on- and off-field performance, how hard they've been working and how prepared they were for life in the NFL. Finally, I asked them how they viewed the Virginia Tech program based on the performance of their team's Hokies.

1. I am satisfied with the on-field performance of my team's Virginia Tech players as a group in the last five years. 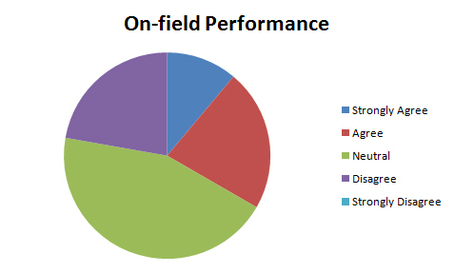 2. I am satisfied with the off-field behavior of my team's Virginia Tech players as a group in the last five years. 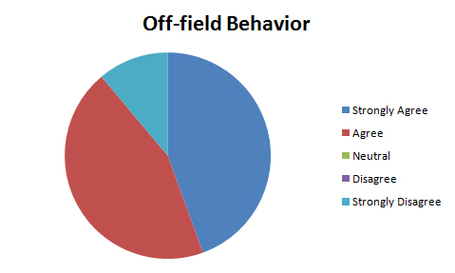 3. My team's Virginia Tech players as a group have met their expectations (or performed at a level fitting their draft position) in the last five seasons. 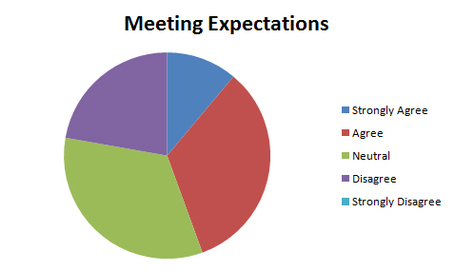 4. My team's Virginia Tech players as a group in the last five years have been willing to work hard. 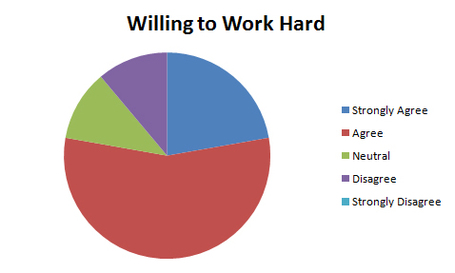 5. I believe Virginia Tech's coaching staff did a good job preparing my team's VT players as a group in the last five years for the NFL. 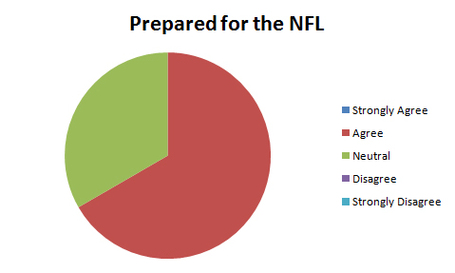 Data: Strongly Agree (0); Agree (6); Neutral (3); Disagree (0); Strongly Disagree (0). No one really felt strongly one way or another, but at least Tech's players haven't looked lost in the NFL as a result of a poor job by the coaching staff. It looks like the players that have gone through Frank Beamer's program leave knowing how to handle themselves when they get to the next level.

6. My team's Virginia Tech players as a group in the last five years cause me to view VT's football program in a positive light. 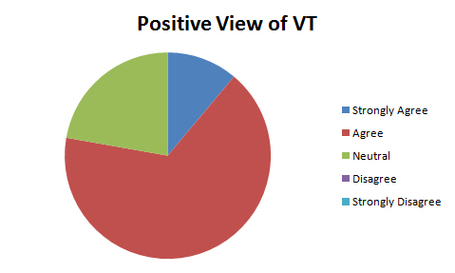 Data: Strongly Agree (1); Agree (6); Neutral (2); Disagree (0); Strongly Disagree (0). The performance of former Hokies in the NFL is winning over a few new fans from those who follow the league closely.

For the most part, Virginia Tech's players reflect positively on the program because they are prepared for the next level, work hard and behave themselves off the field (despite a very well-publicized exception). On the field, however, Tech's players still have some work to do to prove themselves. I have high hopes for guys like Royal, Duane Brown and Brandon Flowers to prove they are capable players at the next level and start to change some of the on-field opinions of Tech's players.

Here are a few comments from the writers around SBN who answered the survey:

"If you asked me this question last season, every answer would have been Strongly Agree. (Player) struggled in 2009, however, with the coaching change as well as a new offense. We still have high hopes for (him), and (coach) seems to be committed to finding a way to get (him) involved."

"(Player) played great early in his career with the (team), but injuries just derailed it. That is what eventually caused the (team) to release him."

"(Player 1)'s improving, but he's not where the (team) need him to be yet. (Player 2) puzzles the hell out of me; the guy should be on the field much more than he is, given the (team's) weakness at WLB, but (player 2) has somehow failed to take advantage of the situation."

"The other Hokie we have, (player), is a very high character and hard working guy. Played out of position last year and struggled at times, but I think he has a future."