[For the sake of full disclosure, Nike paid my way New York to cover Wednesday's unveiling of the new Pro Combat uniforms. While I am under no obligation to put the new uniforms in a positive light, the opportunity to cover the event would not have happened if not for Nike's generosity.]

One of the opportunities the trip to New York afforded me was to talk to a Nike representative about the Hokies new uniforms, how they came about and ask them to answer the critics of the all-black look. Nike marketing director Leroy Ebanks was kind enough to answer all of these question on behalf of Nike and, to his credit, didn't even blink when I asked him about black not being in the Hokies' color palette.

The one question I completely forgot to ask, an I'm kicking myself over, is why. Why mess with schools' tradition? Why create these outlandish designs that are going to divide fanbases? Well I think the answers pretty simple: It gets people talking. Nike has created a very good product that will improve the performance of athletes because they're lighter and more water-resistant. The uniforms are just a part of marketing these products and it's worked because the fans are talking about them.

As for Tech's jerseys, I like them for the most part. If the Corps of Cadets thinks it's a good homage to them, then I'm on board as well. And the helmet looks great. I'm just not sold on the circuitry in the numbers because they tried to do too much there. Either honor the Corps or honor Tech's engineering program. I think doing both makes it look a little too busy. While most of us have HD TVs, I'm still not sure the circuitry will be noticeable in anything other than close-up shots.

What went into the design of Virginia Tech's uniforms and when the design process start?

That's why you have the all black uniform because it pays homage to the original uniform that the team wore which respects and honors the Corps of Cadets from over a hundred years ago. We brought that to life and then you have the motherboard treatment which comes to life within the numbers themselves and on the shoulders. Up close it comes to life and on the gloves as well. 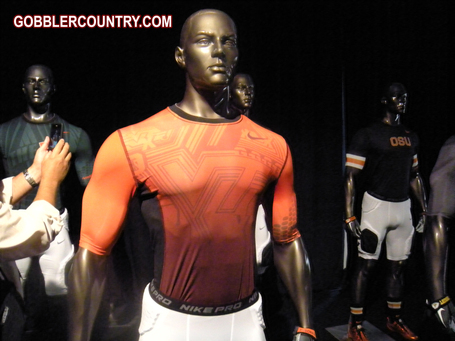 What kind of say did the university have in the design. Did they have final approval on the jerseys?

It's truly a partnership between Nike and the university. Our design will do essential is develop several options and then sit down with the university and show those options and say, ‘this is our preferred choice,' and then explain the reasons why. The team sits down and takes a look at it. Coach Beamer's gotten involved and the team captains have gotten involved. The players have a strong influence and say, ‘this is the look we want to go with.' In the end we all agree, so it is a tribute to our partnership between Nike and the university.

What would you say to the fans who don't like them just because it's black and black is not one of Virginia Tech's colors? 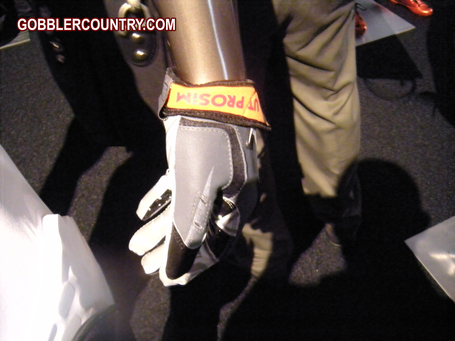 My favorite part is the matte helmet. The matte look looks like the Tokyo Giants helmets. What went into choosing that look over a regular helmet?

I think there are two looks right now from a helmet standpoint. One is that chrome look, but with Virginia Tech we felt the matte black had a bolder, more aggressive look. It connects well with the uniforms and makes a strong statement that when Virginia Tech's is coming to play, its coming to take down its opponent.

Are you glad they're getting worn at night? I think they'd look much better at night than during the day.