Share All sharing options for: SEC Expansion Rumors Pull Virginia Tech in Just When We Think We're Out

Earlier today, some guy who writes for Gig Em 247 wrote some rumor about Texas A&M going to the SEC. That story is behind a pay wall and that guy looks like this: 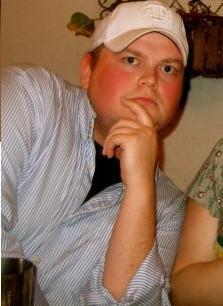 Usually that alone would be enough to convince people not to pay attention to it. However, since it involves God's Conference and OMG Conference Expansion, it blew up on The Twitter and eventually everyone took it and ran with it. And, of course, it eventually pulled Virginia Tech into the discussion.

The line of reasoning is that if Texas A&M joins the SEC, the SEC will want to expand to at least 14 teams. And since the SEC has added the Dallas and Houston media markets with A&M, they'll want to add even more, which means adding Virginia Tech and the Washington, DC, market that it theoretically brings to the table.

So, bam. Just like that. If A&M goes to the SEC, it's hello Virginia Tech.

I realize right now you're infuriated at No. 3. I'll get to that in a moment. However, we're going to take these in order.

If the SEC decides to expand, I'm sure Texas A&M will be among the first teams it invites. It pulls Dallas and Houston into the SEC's local media markets, which are the No. 5 and No. 10 ranked DMAs according to Nielsen. It would also allow existing SEC coaches increased exposure into the fertile recruiting grounds of TIXAS.

But why would the SEC want to expand? One, two or four more mouths would have to pull in enough new money to make up for what money gets lost by dividing the conference's media rights take by 14 or 16 instead of 12. Plus, why does the SEC need to add media markets? The "SEC Network" is ESPN. They already have ALL of the media markets.

Next, there are a list of competitors for Virginia Tech in the battle to be SEC team No. 14. First, there's Oklahoma. Do I think OU would bolt to the SEC with Texas A&M? Not really, but at the end of the day OU is going to do what's best for OU, whether that's go to the SEC, Pac 10 or stand pat in the Big 12.

Along with OU, there's Florida State (which as Joe pointed out to me would face heavy opposition from Florida and Georgia) and Clemson, which is probably the best fit for the conference. But Clemson doesn't bring any new money to the SEC. It's just, as a friend of mine once put it, an ACC school with an SEC problem.

OK, so now the whole "Virginia Tech wouldn't automatically accept" thing. My opinion is that Tech should accept an invitation to the SEC. Being in God's Conference is a license to print your own money.

But there are more factors in this thing than just football revenue, although that trumps all in the eyes of many fans. First, there's the non-revenue sports. Tech would have to pay for a lot of road trips west of the Mississippi for a lot of teams that don't bring in any revenue.

On the academic side, Tech's research partners are in the ACC. The school recently made national headlines thanks to a helmet study it did with Wake Forest. That means a lot to people at the university whose priorities will never include football. I could see Tech's bigwigs using a combination of these things as their reasoning for turning down oodles and oodles of money from the SEC.

So, before we go and start packing our bags for the apparently greener pastures of the SEC, let's remember that we're lucky to be in the ACC. It's a conference that fits us and in which our football program has grown. There's nothing wrong with being in the ACC, even if it will never bring in nearly as much cash as the SEC or ever care about football or schools that aren't North Carolina or Duke.

Rumors putting Texas A&M in the SEC are only meant to try and agitate Texas. Except Texas can't be agitated by A&M because at the end of the day Texas couldn't care less what A&M does. Rumors like this are only meant to drive up subscriber counts.

Last year the Texas recruiting site that was pushing expansion rumors and innuendo would at least stick that news in front of its pay wall.