So the cat's out of the bag for those of you wondering "Virginia Tech themed HGTV episode? What the hell is he talking about?" I have known this was happening for a few months now, but the date was not confirmed until about a week ago. The episode of the popular program House Hunters will run on Friday (6/29) at 10 p.m. EST on HGTV and will feature my childhood home, including my Virginia Tech room.

So why is this significant you may ask? Well, there are several reasons, some that involve each of you! But, you shall only find out by making the jump. Trust me though, it's entertaining in so many ways. As Rowan Atkinson's (Mr. Bean) character Enrico Pollini from Rat Race says, "Look at this room! What a beautiful room! Have you seen this room!?" In my opinion, he could have just as easily been talking about my Hokie paradise.

This post is significant for several reasons in my opinion. 1. The buyers of the house in question are Tennessee fans and apparently make derisive comments about the colors of the walls (and the HokieBird on the wall, but that will not air on the episode as the HokieBird is actually trademarked and not allowed to be commented on during the show). I figure, if a Tennessee fan is willing to stick his/her foot in their mouth on national television, I'd love to hear it. If not? I'd still love to hear it (well, in a I'd love to hear it because even though I had already grown weary of Tennessee fans and their outlandish comments and bullying by the time I was in the womb, it has become fan bulletin board material for me kind of way).

2. Since I'm not sure if I'm carrying a torch on my own in the Hokie Nation or if it's just a geographic thing that Southwest Virginian/Northeast Tennessean Hokies have to deal with, is their a Virginia Tech/Tennessee rivalry of sorts? I know that today too many teams are given rival status, but when considering this answer, imagine if the Hokies played the Volunteers on a regular basis.

3. The Key Play (another Virginia Tech blog site) had a "Hokie Memorabilia Contest" years ago on their site, and I thought that was a really cool idea. Unfortunately I missed the deadline on it, but I have to think I would've come in a distant 2nd in that contest to this guy even if I had entered. Kudos to the guys at TKP and to the gentleman who managed to build the Hokie lair of every Tech fan's dreams. But, even with a shared readership, I thought it was time to see if anyone else had obtained a cool piece of Virginia Tech memorabilia over the years and either missed the competition on their site or has acquired something since then. If so, post a picture/description in the comments section, or create a FanPost to tell us why you think your Virginia Tech memorabilia is the coolest. Essentially this is the Hokie Memorabilia Contest 2.0, only this time on Gobbler Country, and we're throwing down the gauntlet. There is no real timeline for submissions. Just post as quickly as you can. And perhaps two years down the line, we will inspire another Virginia Tech (or otherwise) blog site to follow in our footsteps (and TKP's) and do their own version of this contest. 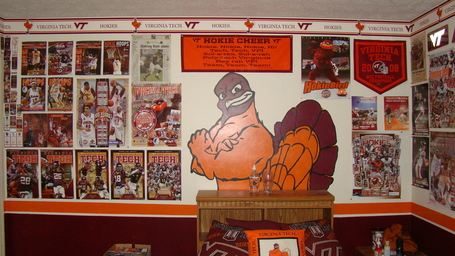 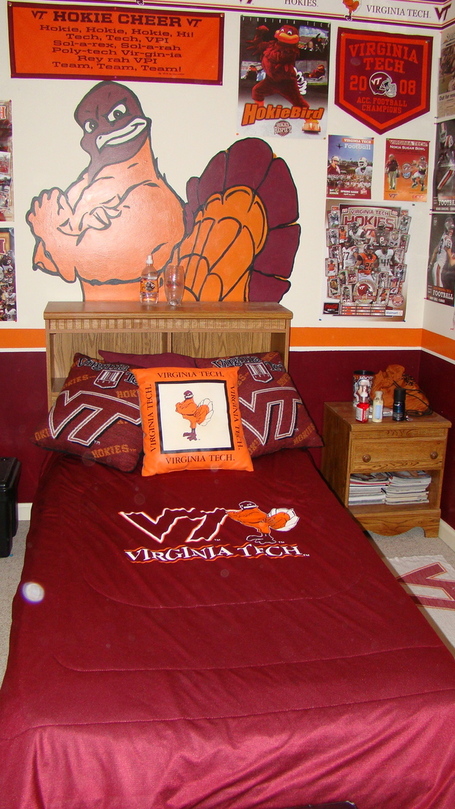 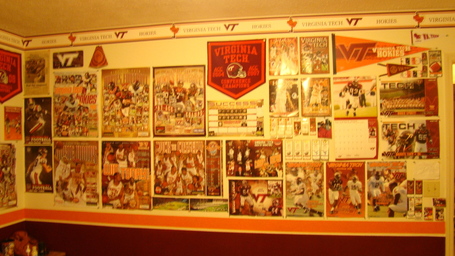 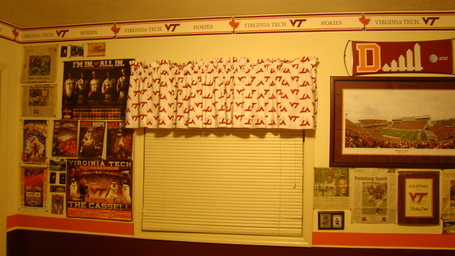 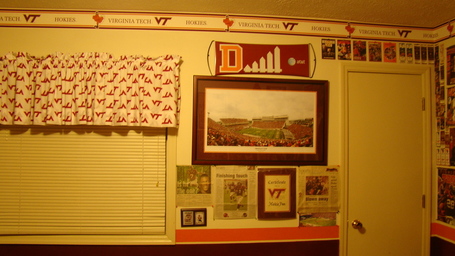 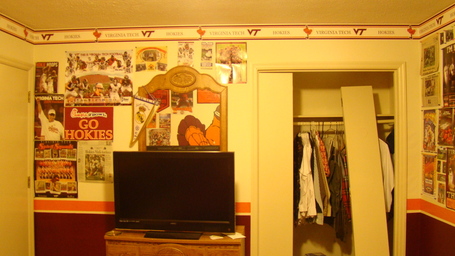 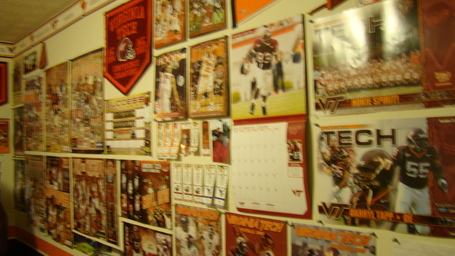 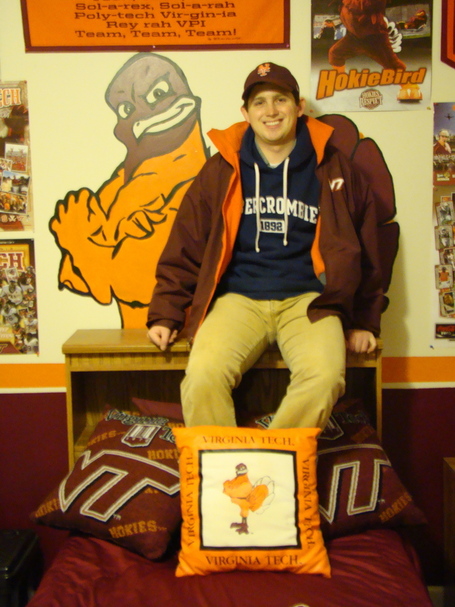 So there you have it. If you watched the video from the TKP contest, again, I think it is fair to say I would not have taken the blue ribbon. But that's fine with me. Just give me a Chicago Maroon and Burnt Orange ribbon any day. That and you didn't have to hear me say the word prints five million times (sorry awesome Hokie room guy). Please feel free to share your own Hokie memorabilia either in the comments section or with a FanPost. Also, don't forget to watch the episode of House Hunters on HGTV, Friday (6/29) at 10 p.m. EST, especially if you want fan bulletin board material for yourself.