Virginia Tech football, writing about sports (particularly Virginia Tech football) and eating are three of my passions. The first two are self evident, and if you don't know me personally, my gut can attest to the third. So imagine my excitement when recently I heard about a Virginia Tech themed restaurant in Johnson City, Tennessee, and being from around that area, decided to go check it out for myself.

The name of the restaurant is Hokie Smokie, and they specialize in game day/southern foods as well as, well, their Virginia Tech/University of Tennessee themed environment. So if you're ready for your mouth to water and drop, your eyes to well up and your Hokie football senses to tingle, come join us for a Gobbler Country first: a restaurant review of Hokie Smokie.

Before I start, I want to say that this restaurant review is as much for our fan base in Southwest Virginia and Northeast Tennessee as anything else. We recognize what a large contingent of Virginia Tech fans live and are from this area, and going forward, we want to focus on including this area of the fan base. You are not forgotten.

When I first heard about this restaurant from a friend I got the impression that the University of Tennessee and Virginia Tech areas were separated, which I thought was a good idea because of the geographical rivalry between the Hokies and Volunteers fans. However when I arrived I saw that the dining area was all one room decorated with maroon wooden paneling and paint and Tennessee orange colored chairs. And given the restaurant's location (it is firmly entrenched in Tennessee fan territory as Johnson City lies just over an hour northeast of Knoxville), I was surprised at the amount of Virginia Tech themed memorabilia compared to the UT memorabilia. In fact, while leaving the restaurant, I thought to myself that it was more Virginia Tech themed than UT given the maroon paint and paneling that dominated the whole interior. 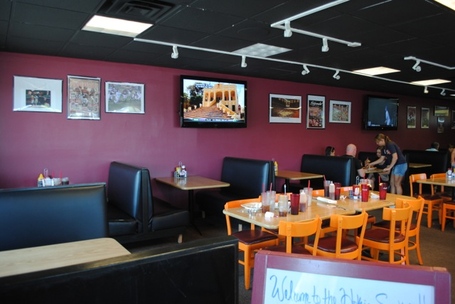 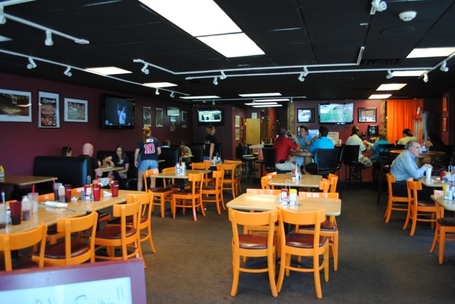 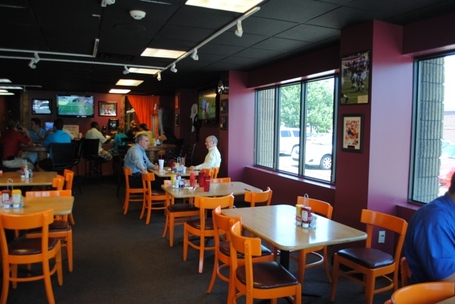 When I first talked to Chuck Bailey, the owner/manager of Hokie Smokie, I told him that I would be focusing on the atmosphere of the restaurant. He said "that's fine, but it isn't our atmosphere that brings our customers back we also have really good food. Just wait until you try our brisket." True to his words, the food was very good and about as good as you can expect for a sports bar. 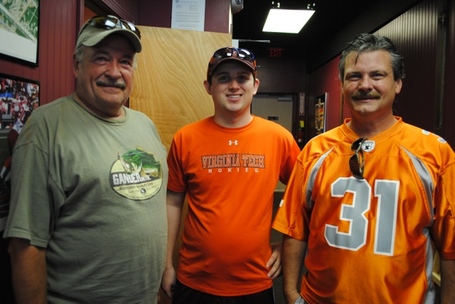 Chuck (pictured above on the right) grew up going to Virginia Tech games with his father (above left) who is still a Hokie fan. Chuck attended East Tennessee State University and the University of Tennessee. He is a UT fan, although he says he still has love in his heart for the Hokies, and roots for them whenever they are not playing UT. Of the Virginia Tech memorabilia that Chuck likes to show off is a picture signed by, as Chuck put it, "the only two players Frank Beamer has ever kicked off the team, Marcus Vick and Brandon Ore." Of course as we all know, Beamer has kicked off more players than just those two (though they were probably the most high profile players to be kicked off), but not bad for a Tennessee fan, huh? 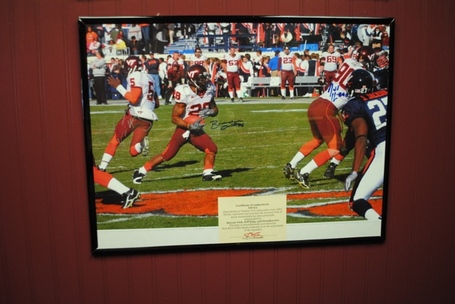 Hokie Smokie is fairly new, having just opened in January. As for their success so far, Chuck puts it, "we don't know yet, we haven't been through a football season. Come fall it's going to be crazy." By my count, they have six HDTV's, three of which are over 60 inches. That is pretty good for a sports bar that doesn't have floor-to-ceiling TV's and isn't a chain restaurant. There is also a patio in the works which is nearing completion.As for their food brisket is the main staple of the menu, but the dish I most recommend is their Hokie Smokie BBQ with a side of sweet potato fries. Our party of eight all tried the BBQ and raved. For those who like BBQ, their sauce is top notch. It's the perfect combination of sweet, smoky and tangy. I am not a huge BBQ guy unless it is really good, yet I am recommending it to you right? So that should say something. As the pictures below demonstrate, the pork is pulled, succulent and juicy, with the perfect amount of firmness to prevent it from being gelatinous in texture. 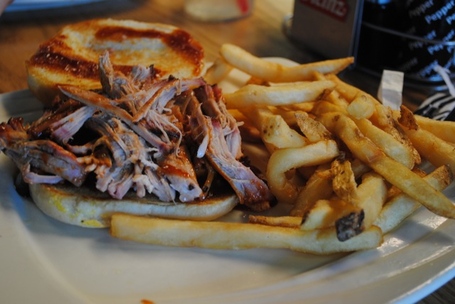 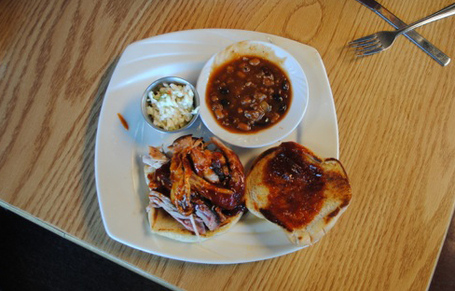 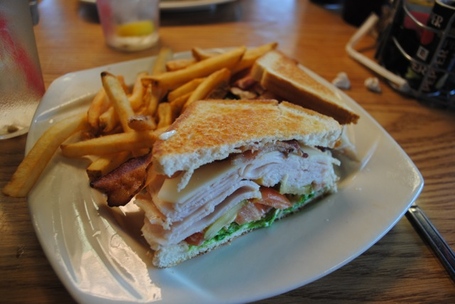 The opening of Hokie Smokie has given Virginia Tech fans a place where they can be comfortable in what is ultimately akin to an oasis in the desert for Tech fans. It doesn't beat being at Lane Stadium, and obviously I won't know how it rates on gameday until I revisit for a game, but it is at least a great place to get a bite to eat and take in a Hokie themed restaurant. Tech fans won't tire of the environment...or the food. Speaking of the food, the BBQ left my mouth watering for more. Chuck was right, the food will be bringing me back again.

You can find their website and if you're too lazy to get the directions off the website, don't worry, here it is: 2104 W. Mountcastle Drive Johnson City, TN 37604

Stay tuned to Gobbler Country for more Hokie culture and of course, all the Virginia Tech sports news you can handle. 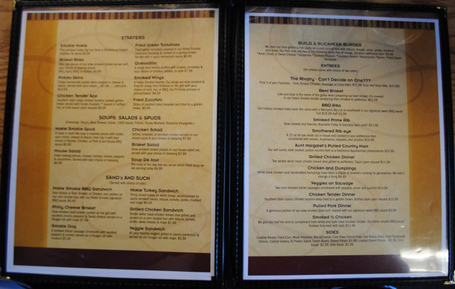 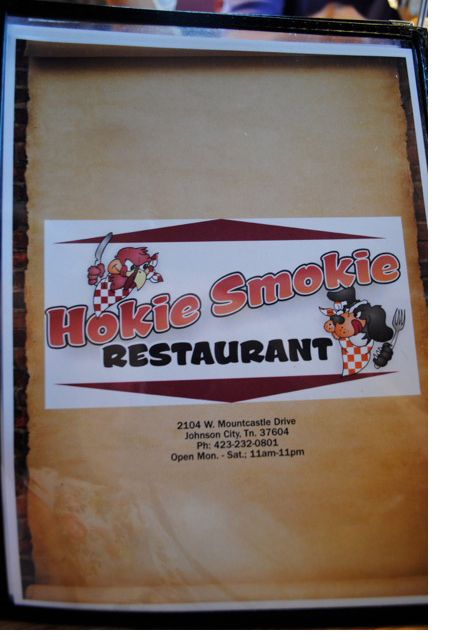