How The Hokies Beat Bama: The NCAA '14 Demo

Share All sharing options for: How The Hokies Beat Bama: The NCAA '14 Demo

In a CPU vs. CPU full game simulation by PastaPadre.com, the Virginia Tech Hokies were victorious in their season opener over Alabama in the Chick-Fil-A Kickoff game, available to play on the demo. After hearing this a few weeks back on social media, I decided to check it out. Here's the link to the game, which is also embedded below. If you don't want to watch the video in its entirety, my comments are below that.

First off, keep in mind that I will be evaluating what I see in the video from a gaming perspective as well as a Virginia Tech perspective. Here are my thoughts, which are chronological: 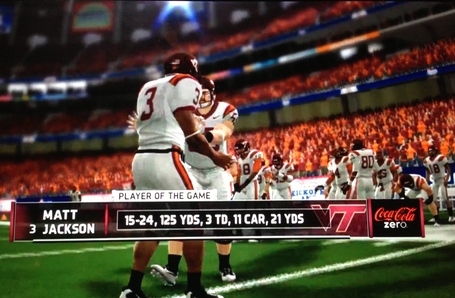 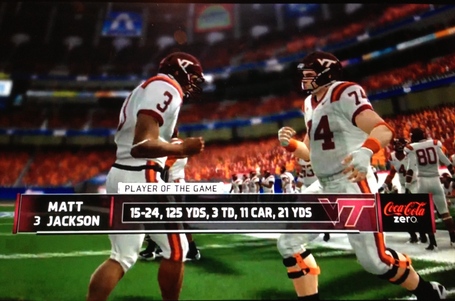 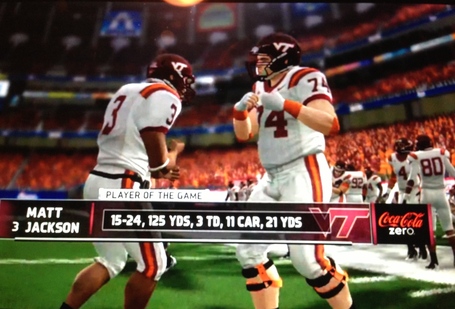 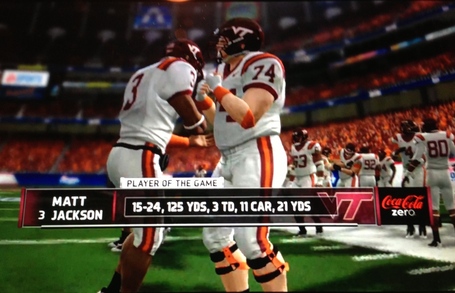 For the record, as a Tech fan I would gladly take this result. But as a human being, I don't know if my heart could last through this one. Also, I would be highly critical of the Tech coaching staff for their timeout usage/time management (or lack thereof for both).
Thanks again to the guys from PastaPadre for uploading the video and the guys from EA and NCAA 14 for doing so much with sites from our network coinciding with their release of the game.
For more off-kilter commentary on the NCAA Football series of games, including the newly released 2014 version, and everything Virginia Tech football, Gobbler Country is the place to be.