You know what's awesome? Lists. Here are some things that I ranked during Virginia Tech's game against Georgia Tech

Welcome to "Ranking Stuff," where I'm going to throw together a bunch of lists because lists are awesome. You never know what you'll find, so without further ado it's time to...RANK STUFF.

1. I am in love with these helmets. The matte look is sexy, and the old school Fighting Gobbler is too. Nothing else left to say. 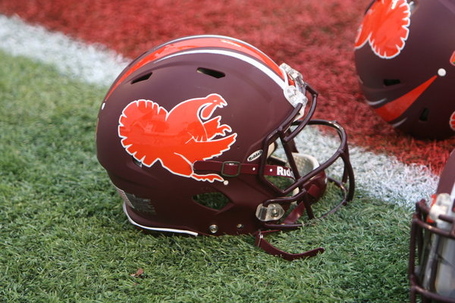 2. The black uniforms against Boise State were pretty sleek, and so were the helmets. The black and maroon is crisp, and the faded stripes down the middle are a nice touch. 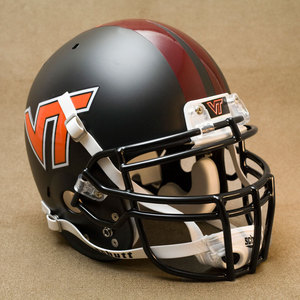 3. Ole faithful. The classic Virginia Tech maroon helmet is what most people think when they think about Virginia Tech football. It's a timeless look. 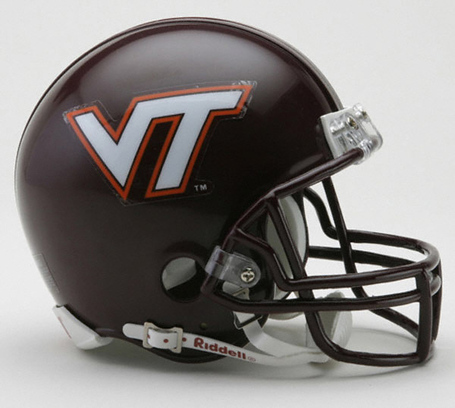 4. These helmets were worn in remembrance of the Sandy Hook shootings. Virginia Tech has known tragedy, and showing support for others is what elevates these on my list. 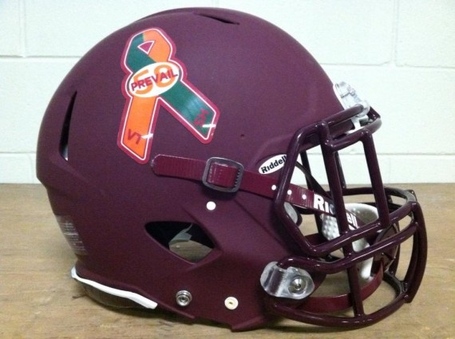 5. I didn't know what to think about these helmets at first, but once I saw them on TV I was smitten. The use of the school crest is a very nice touch. When paired with the maroon uniforms, I came away very much in love with these helmets. 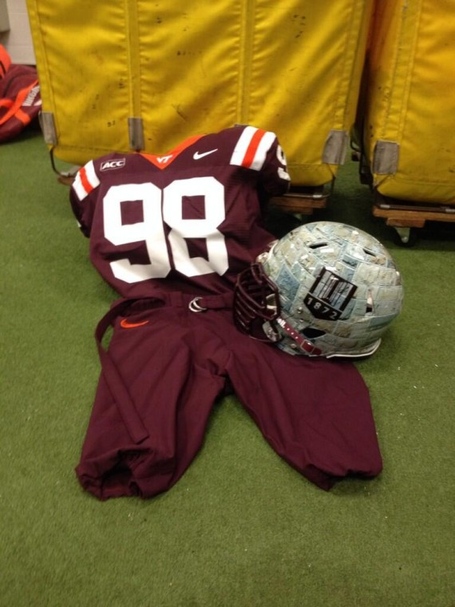 1. Kyle Fuller/Derrick Hopkins - I can neither split these two up, nor put one ahead of the other. Both of these guys were animals on defense against the Yellow Jackets. Fuller had three tackles, two tackles-for-loss and was a complete lightning bolt moving to shut down the triple option. Hopkins had seven tackles, but more importantly didn't give up an inch on the interior of the line, was sound on his assignments and maintained good gap control. Without these two players, Virginia Tech doesn't win that game.

2. Logan Thomas - Say what? Logan made a list for good things? Well, actually, yes. Thomas played a damn fine game against the Yellow Jackets, utilizing his arm and entire body to get things done. Thomas' final line was 19-25 for 221 yards and a touchdown. You read that correctly - NO INTERCEPTIONS. Thomas also added a rushing touchdown and led the Hokies in rushing yards.

3. Brandon Facyson - What can you say about this kid? He picked off another pass, forced a fumble and recovered a fumble. Moreover, he was solid making tackles against a traditional pain-in-the-ass offense. He may be a freshman, but he sure as hell doesn't play like it.

4. Demitri Knowles - I need to eat some crow on this one. In my last RANK STUFF article, I called out Knowles for having hands less solid than something about a calf's testicle. I don't exactly remember, that was a weird night for me. Either way, Knowles redemed himself making some very good catches and leading the Hokies in receiving yards. Consider that crow devoured, Demitri.

5. This guy - My only regret is that I can't find the custom ESPN intro. It was every bit of hilarious.

2. Not look like the nerdiest fanbase in the ACC nation

4. Fill up their stadium

5. Find girls on their campus

1. His next bong hit

3. At least one #goacc moment during the week

I need about tree fiddy...

1. Marshall - Rakeem Cato is a legitimate quarterback and they have a very solid core of wide receivers. Not to be overlooked, Essray Taliaferro (hell of a name) is a hell of a running back. Against a stout Virginia Tech defense he rushed for over 100 yards. Marshall lost a close game at Ohio before traveling to Lane Stadium, but I don't think Ohio is a bad team. I expect Marshall to win around eight games this season and go bowling.

2. Georgia Tech - Georgia Tech's offense is a legitimate pain to deal with, but the Hokies had no problem shutting it down. Vad Lee is a pretty decent quarterback for their system and has proven he can help this team put up points against lesser defenses. I have to wonder how good that UNC win is, though.

3. East Carolina - East Carolina is another team that's better than most people will give them credit for. The Pirates have a statistically strong rushing defense and an offense that can put up points in a hurry. Shane Carden is a menace to deal with, and is exceptionally accurate when throwing the ball. The Pirates beat up on North Carolina in a big way, thus making Virginia Tech's win look better.

4. Western Carolina - Not much to say here. The Catamounts have beaten DII school Mars Hill for the third straight year. That marks their third win in the past three seasons, all coming against the same school. That's not necessarily high praise for your program. Western Carolina had some fight in them, but in the end were just overmatched talent-wise. They got a nice paycheck from this game, so everyone wins in the end...except the fans.