Going into National Signing Day, Wide Receiver, much like our running back situation needs a serious upgrade in talent. The potential incoming 2014 class has the opportunity to rival the 2004 group that consisted of Eddie Royal, Josh Morgan, and Justin Harper who collectively put up 322 receptions and 36 touchdown throughout their four years. I may be getting ahead of myself and being over-confident, but I think this group has the "it" factor and will challenge the records of former Hokie greats Jarrett Boykin, Danny Coale, Ernest Wilford, Andre Davis and Antionio Freeman along with the aforementioned trio.

Former walk-on Willie Byrn, is definitey a guy who plays his heart out, but the fact that he was the leading receiver this year makes you scratch your head a little. That is not an indictment against Bryn's abilities but point more towards the previous misses in past recruiting seasons. How did our talent take such a down turn? Lets review the previous seasons and how we got to this point.

2010 brought us E.L. Smiling, who seems to be a workout warrior but hasn't sniffed any actual game time in his career.

2011 gave us Kevin Asante, whom is no longer in the program but did net us speedster Demetri Knowles. Luckily Knowles has turned out to be a decent option on the vertical routes (if only he and the QB connected more often) and serviceable on kick returns.

2012 saw the Hokies suffer through two de-commits at the position in Robert Lockhart (Miami)and Mario Nixon (UVa), while Joel Caleb was a part of the 2012 VT wide receiving class and subsequently moved to running back this past season. Guys like Mark Irick who has yet to suit up in a game and Thomas Smith ended up never enrolling at VT have not helped the current situation. The coaching staff did manage to find Joshua Stanford, from out of nowhere, Ontario and he has emerged as a viable option this year, and produced some big plays against Miami and Boston College.

Lets take a look at the current verbal commits who expect to fax in their letter of intents to Virginia Tech this coming Wednesday: 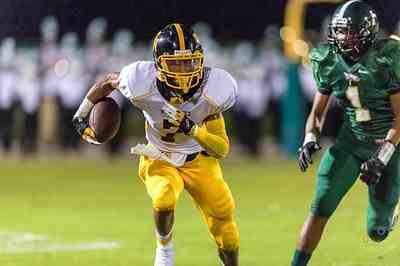 Holland reminds me of Justin Harper. Long arms and rangy, exhibits great hands. In his film, he shows the ability to go up and gets the ball at highest point very well. Holland should be a great red zone threat and I'm hoping Coach Scot Loeffler calls more corner fade routes using his big frame to beat the typical smaller defensive backs. Though he's not exceedingly fast, Holland has a long stride that will take some defenders by surprise. He has displayed his overall athleticism and a nose for the ball since he played free safety on defense and returned punts. This combination of skills is currently absent from the Hokies receiving corps. I feel Holland will red-shirt, as the Hokies are in immediate need of more speedy, big play receivers. 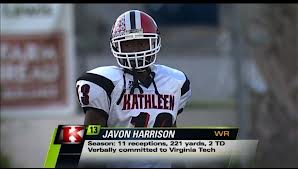 Javon Harrison is a big-time play maker, simply put he's as dynamic as they come. Harrison's got all the tools, size and speed. Some classify him as an "athlete," while others say he will make a fine cornerback. BUT, if you watch his tape, it doesn't take an expert to realize that he is devastating at receiver. If he sticks with the Hokies, we need to slot him at flanker and maximize his exceptional ability. National champions Florida State are making a strong late push for Harrison and most fear he may make a signing day switch. Rumblings form his official visit to Blacksburg last weekend painted Harrison as not so thrilled with the cold weather and snow. Being a Florida kid and having offers to play for one of the best programs would be hard for any kid to pass up, let alone it being in your back yard. This would be a hard pill to swallow for Hokies fans as he has been committed to Virginia Tech since the summer of 2012. Losing him in the last week before signing day will sting as Tech is in desperate need of game breaking play makers. Most feel if Harrison honors his commitment that he will be on the field immediately, that’s how much the prognosticators regard his overall ability and would certainly make an impact for the Hokies. 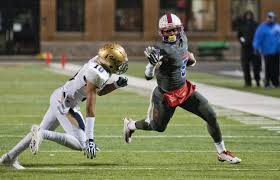 Cameron Phillips looks very fluid and is natural catching the ball. He has above average speed and runs great routes. Named 2013 All-Gazette player of the year in Prince George’s County (MD) for national power DeMatha Catholic, Phillips hauled in 68 catches for 1,233 yards and 15 touchdowns. He reminds me of a faster, more athletic Danny Coale, dependable and being where his quarterback needs him to make clutch plays. Phillips, says he tries to model his game after Maryland Standout wideout Stephon Diggs. Now while I don’t think he quite has the agility and breakaway speed that Diggs has, Phillips is certainly a player who will be one to count on when the big catch is needed and without a doubt I feel he will challenge for immediate playing time. 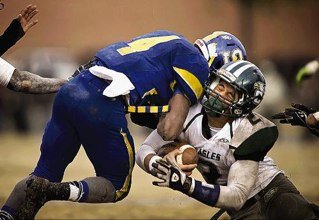 Jaylen Bradshaw didn’t have very much film available but playing for powerhouse Oscar Smith in Chesapeake, VA, Bradshaw was a key cog in a very impressive offense (He's #4 on the video clip). He displays outstanding speed (4.4 in the forty) and will most likely play in the slot a la Willie Byrn. If he can match up against a nickel back or outside linebacker, he will make a lot big plays for the Hokies. His lack of big time offers is not indicative of his talent, rather committing early on in the summer of 2012 and standing firm with his loyalty to Virginia Tech (rather refreshing in this day and age). Bradshaw is highly likely to redshirt, as he will need to put on some size to vie for a spot in the crowded receiving group.

Virginia Tech, noted for it's run-first philosophy, is making a serious and somewhat surprising late run at some high profile WR recruits. What excites me most is that they are from Florida. I don't know if it's something in the water, year round sunshine, or the unlimited supply of vitamin C but they have treated the Hokie football program well. Guys spanning back to the likes of Torrian Gray, Eric Green, Cols Colas, Brandon Flowers, David Clowney and more recently with Luther Maddy, Dadi Nicolas and next year's favorite to start at QB: Mark Leal. We've had our fair share of last minute de-commits from the sunshine state as well, but with the potential of this group it might be one for the record books. If Frank is going out anytime soon, he is going to go out swinging.

Now lets look at the potential last minute signing day gets for the Hokies to add to our already great class: 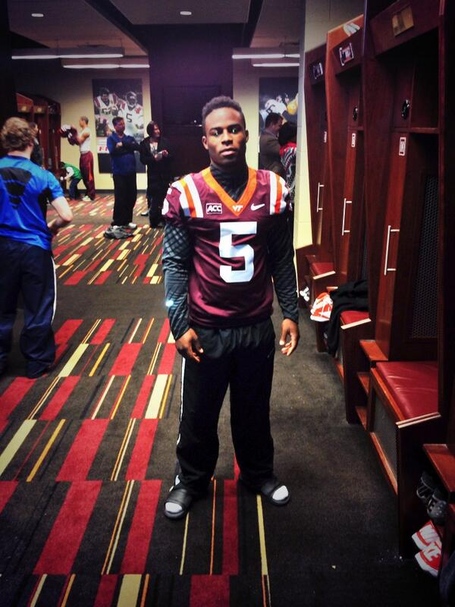 Consensus four star receiver Isiah McKenzie, who de-committed from Notre Dame and is currently in Blacksburg this weekend on an official visit. This came as somewhat of a late surprise as it was stated that Virginia Tech has always been a "dream school" watching the Vick's brothers as a youngster. McKenzie is slight in stature but he has unbelievable speed, agility and uncanny athleticism. Lightning in a bottle, McKenzie has been dubbed the "joystick." He has the Trindon Holiday-Tavon Austin feel to him, will likely be an immediate contributor on punt and kick returns. 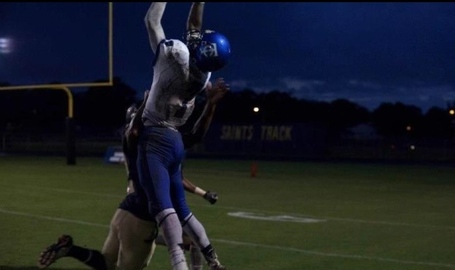 Standout wide receiver Isiah Ford, who de-committed form Louisville as a part of Charlie Strong's exit to Texas seems to have the Hokies at the top of his list. He boasts a plethora of offers (30+) from some of the biggest programs in the nation including Florida State, Clemson and Ohio St. New ( AND old) Louisville head coach Bobby Petrino is putting on a full court press to get him back on the Cardinals' wagon. He will, without question vie for serious playing time as a freshman if we are lucky to nab him.

It's going to be one helluva competition this fall if these commits come to fruition. I think our current wide receivers will have incredible competition, nobody's job should be safe. I hope Stanford, Byrn and Knowles are ready for the position battle to come, because when it comes down to it you have to put the best play makers on the field. May the best man win.