VT alumni golfer and two-time All-American Brendon de Jonge tees it up for the first time at the 78th Masters Tournament at Augusta National. We will be updating his situation daily over what hopefully turns out to be a very long weekend!

Share All sharing options for: Blue Collar Guy In A White Collar Sport

This week the 365-acre former site of the Fruitland Nurseries, which is now home of the Augusta National Golf Club, for many, signals the beginning of spring with over 80,000 plants of more than 350 varieties blooming across its landscape. Brendon de Jonge, is just the third Hokie to play in The Masters Tournamentwill. He will tee it up for the very first time in competition on Thursday at 8:51 am with 1981 Masters Champion, Tom Watson and this years' Zurich Classic Champion, colorful and Wide Open Billy Horschel. Horschel came on strong in the US Open last year at Merion, finishing tied for fourth. Keeping the calm, tranquil demeanor required to play in such a life-changing event may be de Jonge's toughest early challenge in contending with the awe and pageantry that is The Masters at Augusta National.

The week has begun with a rather damp coolness for our Southern sensibilities. Brendon decided not to fly in until late Monday. He spent the better part of Tuesday clearing the cobwebs and the administrative duties of being a PGA Tour competitor at his first Masters out of the way. There's a very special feeling the first time you drive up Magnolia Lane and realize that you've arrived at Augusta! It's breathtaking, a nervous energy fills you with that wide-eyed excitement of experiencing something new for the very first time. I get chills writing this piece remembering my first time 35 years ago.

Later that afternoon, he met up with Ernie Els catching nine brief important holes with the tested veteran Els, a two- time runner up in 2000 and 2004. Ernie is one of the calmest, most giving guys out here on tour and always has been a gentle soul. Having known Brendon for many years as Ernie has, it's a great comfort to him to have a mentor share the intricacies of Augusta National as subtle changes are carved out each year here. This year, most notably, the most talked about change is on 17 with the absence of the Eisenhower tree being removed. Steve Stricker commented earlier, he was a bit surprised a larger, even more mature tree hadn't been put in its place.

Two other VT alums have graced the hallowed grounds of Augusta National. In 2008, Drew Weaver and Johnson Wagner received the fabled invitation. Weaver, a junior at the time, earned his entry having won the British Amateur Championship the previous June; and Wagner, an '01 grad, punched his ticket winning the Shell Houston Open for his first career win.

In talking with VT Director of Golf Operations and Head Coach Jay Hardwick earlier this week, "Brendon has positioned himself well for his first Masters Tournament. At 33, he's steadily matured personally and professionally all the while maintaining that [mellow] personality he's always been known for." Brendon is known to be a tireless worker, dedicated to honing his skills to approach the ever elusive level of perfection many tour players strive for. His success has been a steady progression from college to the Nationwide Tour and then finally to the PGA Tour. Jay added, "He's always been a blue collar guy in a white collar sport." Sounds familiar doesn't it - the lunch pail mentality - a hallmark of the golf program at Virginia Tech as well!

Brendon knocked around the mini-tour, cutting his teeth on some courses he'd not previously been exposed Additionally he had to adapt to the challenge of being the head of Brendon, Inc. The coach is not around to help with your swing daily, the admins aren't handling your travel arrangements, your clothes and gear get lost...and most of you think it's soo glamorous. Just compare it to what it's like when you lose your phone or your iPad breaks amid your travels, then what?!

Throughout his first few years on the junior circuit he played in 74 events, eventually making 51 cuts while earning over $300K which sounds like a lot of scratch, but believe me having knocked around the mini-tours myself, that’s less than a local sports writer’s salary. For most of us, the mix of emotions (doubt, fear, wonder) would creep in, but for Brendon, the drive to achieve his dream was right there - just waiting for - his time. Brendon's always been incredibly consistent - a good stick - just a matter of time before the long game matched the short game at the same juncture.

In 2007, he seemed to be on target while breaking through the PGA Q-school,and playing in 26 events and making 12 cuts, which also included two top 10 finishes. However he finished just out of the money at 175th, putting him back on the Nationwide Tour for another season. Unfortunately, it wasn't meant to be as the next two seasons had him bouncing back between the two circuits. With an idea of how it felt to play well, it was easier to be confident that what he was doing day-in and day-out was working. By 2008, he won the Xerox Classic with four rounds in the 60's, which earned him a return trip to the show. He finished the year with two more top 10s on the PGA Tour as well as the coveted Nationwide Player of the Year. Once again in '09 he made major strides on the big tour, making 16 cuts out of 29 events played and two more top 10s earning conditional status for 2010, meaning he'd spend more time on PGA Tour than the Nationwide the following year.

Brendon's break out season came in 2010 after having paid his dues for eight grueling years. "It just seemed to click and his confidence grew," Coach Hardwick added, and on the inside he always has been that likeable calm guy you just want to have a beer with. He racked up seven top 10 finishes and earned over $2MM, placing him 34th on the money list that year. Realizing that he belongs, and that his game measures up to everyone around the world, Brendon's game is reaching the proverbial "next level." He has been on an upward trend since that successful 2010 outing earning over $7M in last four years. 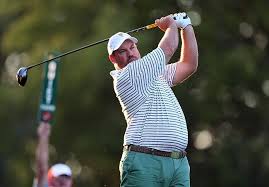 His game has matured and has put him in each of the past four PGA Championships, a US Open and earned him invitations to the World Cup in 2011 and 2013 where he represented Zimbabwe. Last year he played on the International Team at the President's Cup, and earned his birth to Augusta finishing top 30 on the money list. This season, Brendon has made two top 25's through 9 cuts. Not necessarily the start he would have wanted, and he's also fighting sore ribs coming out of the Honda Classic.

He's a better Eastern and Southern swing player than he is playing the desert tracks out west. Brendon is a player who plays the more difficult courses better than most everyone else, which will make the pairing with Horschel, the temperamental firecracker, highly entertaining who also is a hard course guy. Another interesting thing to watch: How the calm and cool BDJ plays beside Ryder Cup Captain and golf legend in Watson in his first Masters. He can light it up on some of the short birdie-barrage tracks out here, but the tougher the loop, the better he plays. He's a very good long iron player ranking in the top 10 in GIR (greens in regulation). He rarely 3 putts barely a 2% rating here and the guy has such soft yet active hands, meaning he can pull the string on the ball and place it anywhere he wants to on the dance floor.

So what are his chances?

Fuzzy Zoeller was the last first timer to win a Masters in 1979, but several well known points remain true even to this day. The champion for the last decade is always a guy who finishes in the top 5 in Greens in Regulation (GIR) and putting. If you were paying attention, our 33 year old alum is ranked right up in the thick of these stats - year over year. Can history be made with Brendon lifting the replica of the Augusta National clubhouse, don the Green Jacket and the keepsake Founder's Club gold medal for his first PGA Tour victory - a feat never yet accomplished. Brendon it's time to bring it, etch your name forever in golf history and make Blacksburg proud! 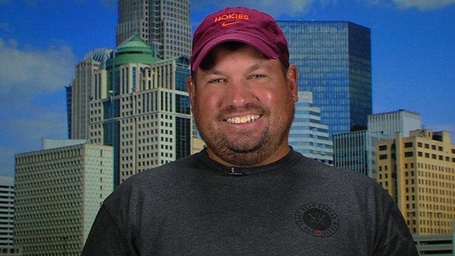