New ACC Basketball Tournament Format Is Not For Purists

We examine the pros and cons of the ACC meetings leading the conference to extending the Men's Basketball tournament from Tuesday through Saturday night, with a prime-time championship tip-off.

Share All sharing options for: New ACC Basketball Tournament Format Is Not For Purists

Consecutive Fridays in the first half of every March from about 1983 until 1993 were a treat to be savored. From noon til midnight, as many sodas as we could drink, as much pizza as we could eat,  hours of Microleague baseball simulations on a Commodore64 (very early computer), with games of 21 at the local hoop court to bridge the late afternoon gap between Oprah and dinner.

These days marked the opening round of the ACC tournament as well as the Big East semifinals, and then the following week the NCAA round of 64 saw us repeat the ritual. To us, these days were as important as any national holiday. As a matter of fact, I know a number of seasoned professionals who still find a way to stay out of the office after lunch on those Fridays. 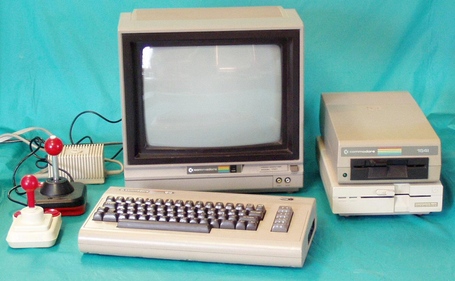 Over the years as the league has expanded, the tournament has had to adapt itself to fit the number of participants. Stretching from eight to nine to twelve and now fifteen members, the ACC could no longer accommodate all the opening-round games in just one day. It all started back when Florida State migrated over to the ACC from the Metro. This was the advent of the tournament's expansion. As a ninth member, we were exposed to a play-in game for the first time, and this was played on Thursday night. OK, fine, we still had our four game holiday on Friday.

And we continued to have the four game Friday until next year, 2015. When it will become four game Wednesday and four game Thursday. I suppose you could go ahead and take off from work Thursday, since Friday night's games will now be prime-time affairs, but that kills the whole point of the long weekend.

Not to mention, Thursday is often a lot of people's most productive day at work, due to so many people scheduling three-day weekends. And where will this leave you for the NCAA tourney days you want to take off?  As you can see folks this is creating a scheduling nightmare!

(For those of you still reading, this probably lumps you in with me! Welcome to this weird little club, I'll show you the secret handshake when the rant is over)

Further, the decision to start up on Tuesday night just lends SO little to pomp and circumstance. Nobody is getting excited for Tuesday night. While all the prime-time slots are invariably going to do better for TV ratings than 2pm on Friday, the fact remains that the top four teams in the league will not play til the quarterfinals on Thursday, they get a two round bye.

There will be three first round games on Tuesday while the 5th thru 9th place teams wait and watch. Then the three winners from Tuesday will play those five teams in round two. The top four teams will wait for the winners of the four Wednesday games, and the quarterfinals will occur Thursday, etc.

Exhausting, I know. How many days/evenings do they expect us to commit to this? What used to be three days is now five! And they've removed Sunday, a free day, so we'll all need real flexible employers if we want to tune in and watch four games each on Wednesday and Thursday. But at least we can attend work on Friday, hung over from all the hoops and gorging, when nobody else is there and pretend to be "productive", before going home and falling asleep exhausted in front of the semi-finals on Friday night.

Another drawback! You didn't have to leave anything in the tank on a Friday binge in the past. Now if you overdo it earlier in the tournament you'll be cashed by the time the REAL games start.

Sunday at 2pm right? Usually Duke-UNC. But way too many times NC State sneaks in there, likely due to the proximity of their fans to the tournament site. It has to be a factor, otherwise it's simply inexplicable. We've seen some lousy NC State teams steal at least two games so many times now I practically wager on it.

I am not going to lie, Sunday at two pm is a great time to do nothing, you toggle between the ACC first half and the SEC second half and then you watch Big 8/12 and Big 10 tourney finals and then the selection show. It's ritualistic. Now we are being asked to tune in opposite the Big East tourney, which many of us like to watch independently, as it's own ritual has been to hold down NYC on the second weekend of March for many, many years.

Certainly, the ACC's expansion to 15 teams which now includes seven former Big East teams (BC, Miami, VT, Pittsburgh, Syracuse, Notre Dame, Louisville), coupled with the fracturing of the Big East led to the network's wanting to boost their Championship Saturday. And the fact that many of those coaches who have joined the Big East aren't that far removed from playing Saturday nights makes this a livable transition for probably everyone but Coach K and Roy Williams. But even they will have to admit that the additional day's rest that Billy Donovan of Florida complained about this past March, is a welcome byproduct.

It Won't Always Be Greensboro

Next year's tournament will return to Greensboro, NC and it's lovely court's aesthetically painful color scheme. In 20 years, I'm not sure that the court has ever not blinded me temporarily. Damn the teal and fuchsia themed early 90s!

However, in future years, the tournament will be returning to Washington DC (2016), before moving to Brooklyn NYC (2017-2018), and then Charlotte (2019). The fan base that attends the ACC tournament has historically rolled out as their teams have lost, leaving the possibility of a half-empty building for the title game. It's an amazing sight coming out of games to find people trying to hawk the remainder of the tickets in the wake of their team losing, it's like a Middle-Eastern bazaar. They will literally trade you their tickets for whatever you have in your pockets sometimes.

Not only did the format hurt the attendance for some semifinal and championship games, but the mass exodus often led to the host town having disappointing revenues from local tourism. I'm not sure what kind of dent the ACC tournament will make on DC's or Brooklyn's economies, but you can be sure that holding the most important games on Friday and Saturday night is part of a plan to keep everyone in place and spending money.

As with most of the simple joys of my childhood, another one has been stripped away. Many are nodding right now. I can see why this decision was made, but it is not for the purist.

The guy who sits at home and digests every minute of every Jefferson Pilot and every Food Lion commercial on an early March Friday with his buddies, while playing hooky and shirking the days responsibilities. Whatever they'd like to posture as the reason for the TV audience, once again it's sports entertainment executives not catering to the hard-core fan but instead pandering to the inattentive masses.

I promised all of you a secret handshake if you stuck around til the end, but I present to you real-life sorcery in it's stead:

Think you can manage that? OK, good. All set then.