After being one of the Bengals final cuts in 2013, and a sojourn through Arizona on their practice squad for part of the season, Bruce Taylor resurfaced with the Bengals again, only to be cut today.

When word came to us about a man-child LB commitment from Myrtle Beach way back in 2007, I envisioned VT turning out it's best NFL linebacker since Mike Johnson patrolled "The Mistake By The Lake" in Cleveland for the Browns in the mid to late 1980s. Sadly, it appears that injuries have worn down former Hokie LB Bruce Taylor, as he is now looking for another job this off-season following today's news.

Taylor was a huge high school senior, and was an early candidate to go the Nekos Brown route and play some defensive end at VT after bulking up. Not only was he a great pass rusher at the high school level, but he had the frame to go 260-270 pounds if necessary. Formerly the #12 Inside Linebacker in the country, per Parade Magazine, he was switched from LB to DE and was potentially going to play as a true freshman before he hurt his shoulder the before the first game in 2008 (the come from ahead ECU loss).

2009 saw him working his way back into shape to play LB again. He didn't play more than 26 snaps in any game. But he was expected to start as a true sophomore in 2010, and he didn't let the Hokies down. He led the team with 91 tackles, and had six sacks, which was a different dimension for a VT LB. A guy who gets after the QB, and maintains his gap?! Astounding! It was a different wrinkle for a Foster defense to feature.

2010 was ultimately anti-climactic but on the way to that embarrassing Orange Bowl loss to Stanford we got to see this amazing display of athleticism vs Florida State in the ACC title game:

Correction: This play is from 2012. Apologies. Should have seen the Hokie Stone.

Taylor had a very good campaign in his Junior year, once again anchoring the defense through the first eight games before a Lisfranc injury derailed him. The VT defense, already stout in the Sugar Bowl "loss" to Michigan, could have used their middle linebacker. It might have made the game a bit easier to win, although Coach Beamer might have found a way to counter that with another trick play on Special Teams. I don't know, I don't know if he'd have had enough time...just like so many other busy Saturdays. 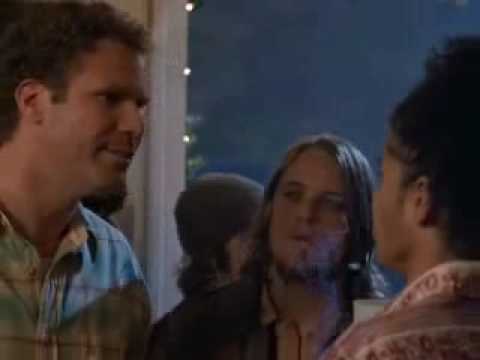 2012 was disappointing for everyone. So we won't re-hash too much. But Taylor gamely stood in during a difficult campaign and earned his 3rd All-ACC Honorable Mention honor, arguably deserving more than that in a couple of those seasons. He hurt his ankle towards the end of the season, and it affected his workouts in preparation for pro day, where he posted a pedestrian 5.01 40 yard dash. He went undrafted.

After he was one of the Bengals final cuts in the fall of 2013, he found his way to Arizona where he lingered on the practice squad from late September until early November, when he returned to the Bengals and transitioned from their practice squad to the active roster. Obviously coach Marvin Lewis, who knows a thing or two about NFL defense, sees something in Taylor. However, Taylor's lack of speed compared to those in front of him on the depth chart is noticeably lacking. He also has Rey Maualuga and James Harrison in front of him, two excellent run stoppers, so it was an uphill climb on a team that made two consecutive failed playoff runs and is doing all it can to take that next step.

Bruce was destined to play in the NFL, and it is our hope here that he finds a home where he can get on the field and impress coaches with some reps. Good luck to Bruce, and the Bengals will now join the ranks of the Raiders and Cardinals on my list of hexed teams for the 2014 campaign for having had the audacity to cut Hokies before Summer even officially starts.