Virginia Tech Football: Examining A Pair Of Pundits Selections For Their All-ACC Teams

All of these will be wrong by November, but we take a look at what we think these publications got right and where they erred. And one egregious omission almost causes me to lose all respect.

Share All sharing options for: Virginia Tech Football: Examining A Pair Of Pundits Selections For Their All-ACC Teams

It's June, so it's time for the college football pundits to bridge this interminable void by spewing hot air that will mostly be proven incorrect by late November.  Nonetheless, it's a good time to kind of take stock of teams' inventories that are presently frozen, with no practice to inflict injury and position competitions that might unseat starters still on the horizon.

Today we are focusing on notable personnel from around the ACC, and examining two publications' excuses for their 2014 All-ACC teams. My childhood favorite, Athlon's Magazine (SO GLOSSY!) and Phil Steele, who has made a name for himself by being one of the more accurate prognosticators from time to time. Which proves nothing, as Sidney Deane once tried to remind Billy Ho:

Without further ado, let's take a look at what Phil had to say about this year's Hokie team within the context of the ACC. Here is his table:

OFFENSE: Understandably no Hokie QBs. What number ranking All-ACC team would our QB make right this minute? Nobody can even say. This scares me, but it excites me also. We might have hit the transfer lottery with Michael Brewer, and then again we might be looking at Mark Leal or Brendan Motley in which case VT would have the 10th or 11th team All-ACC QB at best.

At RB, Trey Edmunds as a 2nd teamer could definitely be a possibility. He had a promising year behind an up-and-down line. But will he come back from that broken leg he suffered against UVA without trepidation in order to run his hardest in August? He will need to because Juice is coming. By Juice, I'm sure you know I mean true freshman Marshawn Williams, who could easily wind up on one of these teams at the end of the season if he's granted enough carries.

It's no surprise that we didn't have a Tight End named, but we have a couple who will be productive. Fact is, these teams that have an All-ACC TE all emphasize that role in the passing game whereas we use the TEs more sparingly.

Steele thinks very highly of the young wide receivers, and he should. If Demetri Knowles could ever match the right pace with his QB's arm strength, he'd be such the vertical weapon. But with his hands still developing, and maybe no longer focusing so much on what he's doing playbook-wise, he can finally make plays consistently. 4th team is a nice safe hedge bet for a veteran like him. The other WR, South Park #5 (Joshua Stanford) is primed for a breakout season. Had Logan Thomas had one more year, his rapport with Stanford might have been scary.  Though he only scored one TD, he hauled in 40 receptions for 16 yards a catch, including several third down, drive-extending receptions. It would be tough for Stanford to crack the top two teams, with Duke's Crowder and FSU's Greene and UNC's Davis all excellent players. With three years left though, he has the opportunity to be VT's first 1,000 yard WR.

Rounding out the offensive selections are VT's  linemen, OT Jon McLaughlin and C David Wang. Big Jon's third team status is about right, but I could see him being a first team talent if he took the next step mentally. He's nimble for his size, and his football IQ just needed to catch up to his strength/bulk. If that has happened, the Hokies will be strong running to the left this year. As for Wang, will he even hold down a starting spot? That plus the fact he has battled injuries throughout his entire tenure makes his nod slightly suspect. I think Phil Steele is giving the Wang family a nod, he just remembered Ed, and thought *legacy*. 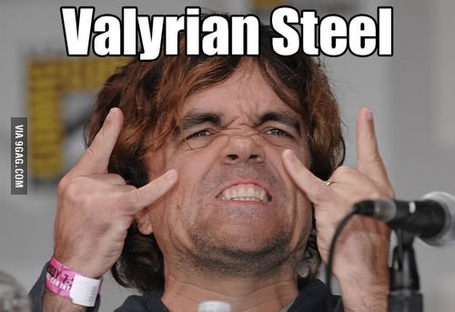 DEFENSE: If you can't look at the defensive selections and IMMEDIATELY tell me what's wrong you haven't been paying attention. Did Phil Steele take a dare in leaving Dadi Nicolas off the team? The second team would have been fair to him, although I would have accepted third team, as he hasn't started enough. As I put it, this is an egregious omission, and it undermines the credibility of every word Phil Steele ever puts to paper for ever more.

Luther Maddy is going to be a First-Team All American this year. The oracle has spoken. He is dominant whenever he wants to be. Will he want it every down though? Corey Marshall is getting a lot of respect from Steele with his 4th team selection for having not played last year. Part of me wonders if Steele began to get drowsy as he researched the teams at the end of the alphabet and transposed Marshall and Nicolas. Nobody here would be surprised if all three wound up taking home end-of-year honors.

I am thinking about running a contest (for a free GC tee-shirt) to see if anyone can correctly predict our two deep at the LB spots going into summer practice. If its that much of a mystery to us here, there is no way Phil Steele would even entertain naming one of our LBs to these teams. Plenty of room for this unit to shock the world that's for sure. Nobody will see it coming.

And onto the new incarnation of Pride and Joy, our D-block. Kendall Fuller and Brendan Facyson are 1st and 2nd team respectively. I'm good with this, although had Facsyon not gotten injured and missed time last year, he and Fuller could have set a school record for combined interceptions by a pair of Hokies cornerbacks. The surprise to me is Kyshoen Jarrett also earning a second team nod. A streaky player, Jarrett can be on the good end of several plays in short sequence and then lose complete focus on the next series. He hammers guys though, and makes it tough on any ball carrier even if I wish his ball skills were better.

And since we are on the subject of safety play, if Jarrett made second team, who's holding him back from being a first team All-ACC safety? None other than UVA's Anthony Harris, who returned from his first-half suspension (served against the Hokies) for targeting Miami QB Stephen Morris and immediately hit one of our guys out of bounds. Not only he is a late hitter, but hiz skillz are suspect, son. Bask in the glory of this come-from-ahead UVA (v Miami 2012) loss wherein Harris plays the part of "Toast":

Laughable, and even in that game he's horse-collaring guys who have gotten a step on him. I look forward to welcoming Harris the day after Thanksgiving this year as we begin the second "Decade of Dominance."

Finally, we have Mr Hughes, our reliable Punter. I'm starting to get worried that I'm starting to relate to Oakland Raiders fans who for years turned up at the O Coliseum to watch Shane Lechler and Sebastian Janikowski kick. "Yep, we're struggling offensively, but have you seen our P? He's a perennial pro-bowler!". I must take some umbrage with the notion that there are two better punters than AJ in the league. Though if you did choose two, its appropriate that they come from Carolina and Dook.

First here's the link, couldn't get the chart to format, sorry: http://athlonsports.com/college-football/acc-football-2014-all-conference-team

4th team Offense: OT Jon McLaughlin ....yep that's it for offense folks, apparently Athlon DOES NOT SMELL WHAT THE ROCK LOEFFLER IS COOKING. Almost completely bereft of Hokies, which indicates that Athlon's likely thinks we don't have but one player they would deign Top 50.

And you know what folks? A pessimist might see it that way too. I'm likely somewhere in between their assessment and Steele's above. I would feel confident awarding Big Jon, Edmunds, and Stanford...not Knowles or Wang though.

3rd team Defense: DE Dadi Nicolas and S Kyshoen Jarrett... finally a little wisdom. Even without the offense sending anyone to their teams, I'm about to award Athlon the win here. The Nicolas question was worth half the exam!

1st team Specialist: P AJ Hughes... feel the excitement! The exhilaration is unparalleled. See for yourself. Nothing like putting it inside the 10 after another stalled drive just inside the opponent's 50.

Hopefully you found this a decent way to pass the time while we wait for the days to shorten. Let us know what you think of the selections/omissions in the comments below, and have a super Father's Day weekend, it's shaping up to be epic. We're supposed to have good pool weather (in DC), the US Open, the World Cup, the Heat losing not one, not two, Ok maybe just two NBA championship series'  and the Game of Thrones Season Four Finale. I may need to take Monday off to recover from all the relaxation.