Did the colorful cornerback opt for revenge over job security? Just one year for a Pro Bowl cornerback in his prime? Why else would he stay in the AFC West besides exacting sweet, sweet revenge on his former team twice a year?

Share All sharing options for: Hokies In The NFL: Brandon Flowers Signs One Year Deal With San Diego Chargers

We said here 10 days ago that the Brandon Flowers release by the Kansas City Chiefs made very little football sense, if it did in fact make good financial sense for that moribund franchise. But apparently there was a miscalculation on our (OK, my) end as to how many teams would be coveting the first time pro-bowler, as Flowers signed an incentive laden pact with the San Diego Chargers that guarantees him just $3MM dollars this year.

He can earn another $2MM in incentives, which could bring the total to $5MM. If he were able to hit all the incentives it would have him just inside the NFL's Top 25 for average salary at Cornerback. By contrast the two projected starters at the traditional cornerback spots, Richard Marshall and Shareece Wright count for just $570K and  $781K against the cap respectively.

San Diego also invested their first round pick in TCU CB Jason Verrett, who will count $1.4MM against their stingy cap (ranked 27th in the NFL according to Spotrac), but $1.02MM of that is signing bonus. So even with the extremely team-friendly contract, Flowers will be the Chargers highest-paid CB by a wide margin. And as you can see from the tweet below from SBNation partner site Bolts From The Blue, he may have just made a HYUUUGE bet on himself.

Not worried about it being 1-year deal for @BFlowers24. Chargers have $30+ mil coming off books next year. If he earns it....

The Chargers D ranked 23rd overall last year in Total Defense, and 22nd in Points Against. It's no secret that improving the league's 29th ranked Pass D (258.7 ypg) will help with both of those metrics. But will Flowers actually improve the defense? As we noted, last year was his first pro bowl nod, but it was likely his worst year in the last five. He might have earned that roster berth on past reputation. Read this, from Pro Football Focus:

As we said in the article we wrote upon his release, Flowers was picked on in the slot ALOT last year by bigger WRs. The Chiefs "brain-trust" (remember, no playoff wins since Joe Montana visited in the mid-90s) over-estimated Flowers trademark physical style and matched him up against taller possession WRs and the results were mixed. Number 24 has always been both a ballhawk and a hitter, dating back to the days when he'd blow up flanker screens with aplomb and bait QBs into making critical errors. The devastating Flowers plays served as catalyst on many an occasion for sleepy Frank Beamer clubs that were muddling along playing down to the competition.

Unfortunately, it appears his home in San Diego will once again be in the slot, where he will again be matched up against the bigger WRs the AFC has to offer. Let's be real, in this day and age of glorified two hand touch/skeleton drill ball you need your nickel and dime packages to be robust and deep with competent cover men. While four games against Matt Schaub and Alex Smith scare no one, the other fella in the west who makes all those funny faces comes with a Hall of Fame resume. And now that Flowers has  traded defending Philip Rivers for defending the up-and-down Smith, he will now have to face former teammate Dwayne Bowe, himself a former pro-bowler, and a big, physical target himself.

A Look At The Season Ahead

The 2014 season shapes up interestingly, and Flowers will be tested from the jump. The opening game is against Larry Fitzgerald and the resurgent Arizona Cardinals, before the Chargers face off against former AFC West rival and defending Super Bowl champion Seattle. The schedule becomes way easier after that with the Bills and Jaguars on the docket. However, whatever the Chargers build during the first 12 weeks of the season, the last five games are a minefield: @Ravens, Patriots, Broncos, @49ers before finishing up with the Chiefs in Kansas City. Flowers and the Chargers will also face off against former VT superhero Michael Vick and his new team, the Jets.

We all know how last year's season-ending game vs KC wound up:

With San Diego sneaking into the playoffs on a rule misinterpretation to become the AFC West's third entry, as the Pittsburgh Steelers' fans cried into their Iron City beers. So Flowers isn't joining some laughingstock; he's joining a team that won their last four games of the season, each one a must-win. And that included a gigantic Thursday night road win over Peyton Manning and the Broncos.

The Chargers won their wild-card game at Cincinnati, and finished the season admirably, if ineffectively against those same Broncos in a 24-17 divisional playoff loss at Mile High. It's obvious that this team has high expectations under 2nd year coach Mike McCoy, who is very familiar with the Broncos, as he built his reputation on putting together decent offenses with veritable trash at QB (Kyle Orton, Tim Tebow). He might have found the final missing piece in Flowers here.

Earlier this week there were rumors that Flowers could have been headed to San Francisco to replace the recently retired Eric Wright, as well as some interest from the penny-pinching Patriots, so it appears that Brandon Flowers had his eyes on Goin To California all along, and he'll certainly be glad he got himself clear of the woman unkind (KC).

I'm not going to mince here, but I am extremely jealous of Mr. Flowers. Best weather in the country (78 and sunny pretty much every day), daily surfing, and my single favorite meal: Fish tacos at Taco Surf. 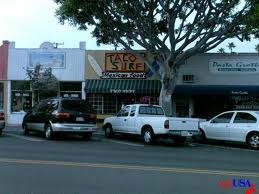 As Always, I Give You The Team's Outlook From My Extremely Biased Vantage Point

Due to my affinity for his play, I am going to go all Mr. Brightside (look up the other Brandon Flowers) and predict that the San Diego Chargers will notch their first Super Bowl win in franchise history. Remember the Gobbler Country hex works both ways! If you cut one of ours, you will be relegated. But if you sign one of ours? The bounties of the heavens will rain upon you. I for one, do not want Champ Kind to take a time out. I need every bit of his WHAMMY behind Flowers this season as he attempts to convert those incentives into a cold, hard blocka cheddar. In case you were interested in those details, per ESPN:

Yep, anything's doable in San Diego, which in case you didn't know: In German, mean's a whale's vagina. San-Diaaaaahhhgo, my former home away from home, i miss you. Take care of our boy!