Hokies In The NFL: Wait Over For LB James Anderson, Signs With Patriots

Details of the contract are undisclosed at this point, but one might surmise that it's below market value given that he signed with New England.

Share All sharing options for: Hokies In The NFL: Wait Over For LB James Anderson, Signs With Patriots

Former VT LB James Anderson has signed a 1-yr deal with the NE Patriots. Has an $855K base salary. Total worth is $920K

Per these figures, I was definitely spot on with regard to him taking a pay cut to join the Pats.The below is the original article we posted yesterday evening.

The journey contiues.. so blessed to have my dream continue.. big thanks to @patriots for giving me… http://t.co/ZhZIsNtNC3

Or dating even further back... 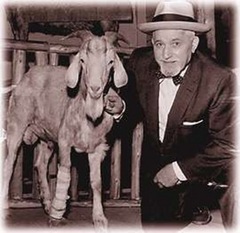 Chicago likes their scapegoats, and it appears that James Anderson was considered a big reason why the Bears defense allowed a franchise-record number of rushing yards last year. Week after week, Anderson led the team in tackles as the porous front four allowed opposing running backs to penetrate into the second layer of the defense. And although Anderson finished with 85 tackles, which marked his third time at that mark or above in his four years of starting 16 games, he was left out of Chicago's defensive rebuilding plan, which includes Kyle Fuller who they drafted out of Virginia Tech with the #14 pick.

Anderson was said to have tired as the season wore on, which was a rumor  he also battled toward the end of his tenure in Carolina with the team that drafted him in the 3rd round of the 2006 draft. At age 30, with teams always trying to get younger and faster at the more physical positions, it might be collective groupthink on NFL executives parts that he is on the downslope and not worth the long-term investment or big dollars.

I can only imagine Anderson's last few months:

Enter the Patriots and their exceptional, if brutal talent evaluator Bill Belichick. He sees an excellent insurance policy for Jerrod Mayo or Jamie Collins as Anderson can fill in at either OLB spot. Since we don't have the contract details in hand at this point, we can assume given that it's the Patriots that this deal is likely at market value or below. It is probably a short-term, incentive-laden deal. It will be interesting to see if he improves at all on the $1.25MM he earned with Chicago last year.

Belichick has once again plucked an undervalued asset off the market that will likely be productive for a year or more for him. In the Patriots culture, more than one veteran has undergone a late-career renaissance that saw them thrive on teams that made deep playoff runs. This pickup appears to be in that vein. Anderson has had to work for everything he has ever gotten since joining the Hokies out of Deep Creek High School (Chesapeake), and this will be a familiar situation. I wouldn't be at all surprised to see him starting several games if Collins continues to underwhelm.

Best of luck to James in his new role. We'll be back with more news on Hokies in the NFL as it happens. Thanks for following along.