The legacy that will forever mark Coach Beamer's time will likely never be equaled in our lifetime. The journey has been far more exciting and rewarding than any destination realized - and maybe that's been the charm from our boys from Blacksburg. The Terrordome may never be the same without Coach walking the sidelines, but, "like sands through the hourglass..."

In reprising an earlier article on Beamer Era Ending?, an outsiders viewpoint was necessary to show the  Blacksburg faithful what we think of proven, up and coming and internal coaches and the ever changing traditional landscape Whit Babcock has inherited. Let's touch on a couple managerial behaviors our new AD has exhibited in his short tenure. He's extremely adept at timely assessment of people and process, able to validate information available, formulate actions based upon intuition and facts all while preserving the core and respecting tradition - most importantly comfortable in making the difficult decision ALL while leading from the front.

It is in this writer's opinion the 2014 season will be a determining factor in the future of Coach Beamer's sideline leadership. No different in business, it's not personal, it's not easy yet it may have to be done. The decision with James Johnson was necessary, which may have made it easier if there's such a thing - keep in mind - the assessment was thorough, the decision was prompt and final actions executed with a forward-thinking plan in place. Understand, I love Coach and the man, moreso than many of you and it pains me to see him not have the success he should have had many times over. I don't want to see a reprise of JoePaterno, Bobby Bowden or Mack Brown either. 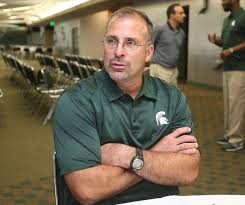 Kirby Smart - before he reaches 40 in 2016 he will have won 3 National Championships alongside Nick Saban...so far. The son of a football coach growing up in Bainbridge, GA and playing DB at UGA with Champ Bailey, he finished his career with 13 interceptions and was a four-time All SEC Academic Honor Roll recipient and a 1999 UFA with Indianapolis Colts. He's got the chops! He's worked within the process of rebuilding a perennial national power. He's worked for Bowden. He's been on Nick's staff in the NFL, LSU and Tuscaloosa. He has ties to Tallahassee and Athens. He makes over $1M today as the unquestionable #1 Assistant coach in America. Would he come to an ACC school? Maybe. Will he wait for Nick to retire in 6-7 years? Unlikely. I don't see Jimbo Fisher leaving FSU and Mark Richt's roller-coaster ride at Athens is as positive today as it has been in 13 years. Kirby has twin 6 year old boys. My guess: unfortunately no. Great splash, but not the up and comer Whit's accustomed to. Then again, he hired the swashbuckling luv'm or hate'm Tommy T at Cincy.

Pat Narduzzi - one of the hottest coaches in the country today who's not named Bud Foster. At 48, he's earned his stripes throughout the state of OH and has the eye of our AD from his days at West Virginia. Although, not at Cincy together, Narduzzi led the defense during the 04-06 campaigns and was interviewed for the HC post. Brian Kelly was selected and Pat left for MSU building the Spartan program into as good a defense as our beloved Lunch Pail. Narduzzi has familiarity with the ACC having coached at Miami in the early 90's. Also a Frank Broyles award winner like Foster and Smart, his name was associated with several head gigs this past off season, but MSU answered with a bump to $905K after winning the Big10 title. My guess: solid maybe if he stays at MSU until time to make that move. Timing and a poor VT record could prompt Whit to move faster than he may want to.

Chad Morris - one of the hottest offensive coaches in the country not named Bryan Stinespring - I know you just threw up on your shoes. Another plus $1M man, Chad is to offense what Kirby Smart is to defense. Just five years removed from coaching at the high school level, he's been as dominating an OC as there is out there with the likes of Gus Malzahn and Dana Holgersen. This pick is one of those that has sizzle, but unfortunately from a culture standpoint the Blue Ridge don't mix with th'Lone Star passion. He'd be a great pick, but family means a lot when you're not home a bunch and my gut tells me that Chad will likely wind up at TAM, Baylor or TCU when the time comes. 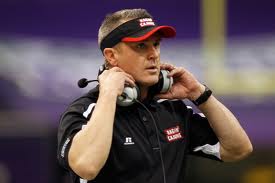 Dave Clawson - would you go sideways leaving the intimate confines of Groves Stadium (hell with BB&T Field) and its 31,500 crowd that hasn't seen a major sellout since a 2004 contest v. UNC. Wake Forest is a golf school, a basketball school...football? App State has a larger following. Dave's move to the ACC could be a very well calculated move to step up to the upper tier programs provided he's able to turn around an uphill battle similar to James Franklin's at Vanderbilt. It can be done and he'll certainly gather national attention if and when he does. At 45 and his comp make him a value pick, not unlike the value recruits VT is known for, and his brand of football puts fannies in the seats. Question is will he encourage more revenue generation from alumni and friends. My guess: He'll be a consideration as he fits Whit's mold, but does he have the juice and the intangibles to be a success on our national stage.

Rob Ambrose - Who? If you don't know who Rob Ambrose is you're certainly no football fan - seriously! Rob is the Rockstar of FCS. How would you feel if you had a perennial door mat only to turned around to 29-10 in 3 years including two Championship appearances and no worse than 2nd in his conference. The head man for the Towson Tigers has created and is creating a machine at the FCS level. A Maryland-native, former Towson WR and OC for the Connecticut Huskies is generating a buzz along the Eastern Shore and is raising eyebrows in the CAA and beyond. The Johnny Unitas stadium is a far cry to the Terrordome but Ambrose has the juice to renew the fear that was once so prevalent. Rob's Tigers didn't get their a**es handed to them by LSU in 2012 either losing 38-22 scoring more points than anyone since Oregon in 2011. Averaging 37 PPG, 239 YPG rushing, 226 YPG passing, 74 TDs. We get it his success is on less than stellar competition, however I think we had our a**es handed to us v. JMU. My guess: He'll be a consideration as he puts points on the board in a black'n blue manner as well as leveraging an Air Raid attack where appropriate. It's what ball has evolved into in this century.

Mark Hudspeth - This guy's hair is on fire for football; for his players. for their education and maybe for hot chicks, too. It's only a matter of time before someone takes this guy who's making $750K at 45 for the LA-LA's. Yes, the same Directional Louisiana Rajun' Cajuns that Rickey Bustle led to 41-65 record in 9 years. Huddy has won everywhere he's been 66-21 at UNA (North Alabama) including 5 Gulf South Championship appearances and 2 Championships (Div II). At ULL, he's amassed a 27-12 record and 3 bowl wins v. San Diego St, ECU and Tulane in his first 3 years. I first came across Huddy while he was at UNA doing camps around the Southeast and learned why he's such a well respected guy. He's a magnet - everyone, every demo is drawn to him, football fan or not. He's the deep south version of Lunch Pail having worked his way up at Delta State as a player to his coaching stints at Central Arkansas and Nicholls State until his break came at Navy in 2001. He built a sustainable program in Florence, AL and was picked by Dan Mullen to be his first OC at Mississippi State prior to taking the reins at Lafayette. My guess: Again, another guy that won't last much longer, who is one of a few hand-in-glove fits for Blacksburg.

Bud Foster et al - I'm not going to beat a dead horse, but sentimentally there's a camp that wants to see Bud be rewarded for his loyalty. Who else could, would Whit consider when the time comes or if the wheels fall off heaven forbid? Miami (OH) Chuck Martin, the Notre Dame assistant since 2010 who had success as Grand Valley State's 74-7 head man, Pete Lembo, Ball State's 19-7 guy with a 104-49 overall in 13 years with stints at Lehigh and Elon - a proven winner due for next level spot.

There's also Mike Bobo, UGA's decorated QB and OC under Mark Richt for 15 of his 16 coaching years as one of few assistants that may get a look see; Doug Nussmeier the current OC at MgoBlue of former OC at Alabama and Washington delivers a balance of a pro set run/pass attack while showing nuances of the evolving fast pace fun'n gun. Others up for consideration are Houston's, Tony Levine and 33-year old Matt Campbell, HC Toledo 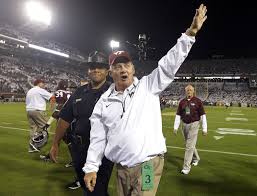 For a recent "also-ran," yet respected school, the talk in the heart of the SEC has been of our beloved Hokies.  A ground swell of conversation snippets have ensued as we're 50 days away from the opener. The local talk radio shows down here from Nashville to Gainesville and even Finebaum all seem to concur...don't diminish what's been built in 26+ years by staying too long.

No Nittany Lion, no Longhorn and no Dad-gummits from Tallahassee in Blacksburg please. There's a genuine love for what Frank's built "the right way,' and whether to fill time or not, Coach continues to perpetuate his respectable rep on the radar in the SEC. From what could have been had we left the Big East for SEC or jumped ship when Mike Slive made serious inquiries...as the Richmond politicos didn't take too kindly to those interludes. It's inevitable, it's a day many of us won't ever forget. Let's all hope when that time comes, Coach makes that decision on his own at the right juncture - for him, for the future of the program, for our School, for the State of VA and for a legacy untarnished.