The Open Championship: Balancing on The Knife's Edge

In a reversal of fortunes, Brendon de Jonge lit up the scoreboard with 4 birdies and an eagle en route to 70 for a 36-hole total of 148. Even with one of 30 under par rounds, his four bogeys found him 2 shots below the cut line at +4 for his Open Championship debut.

Share All sharing options for: The Open Championship: Balancing on The Knife's Edge

The knife has long been characterized as the flat stick of the 14 clubs - the one that makes the dough. Unfortunately, it can cut as well as create a groundswell of cheers across the pond during the Open. Brendon's flat stick was dialed in on the Hoylake greens, but his deficit was too great to climb out of. It's a game of ABC's across the Atlantic.  The sport of golf has generally been one that identifies its premier players with ABC - Ability, Balance and Control.

As the Friday round concludes, ABC at the Open meant Americans, Bunkers and Claret Jug. A: Americans - The links style game favors the British style of play, however US players have a solid record over the past 14 years having won eight times, three by Tiger Woods and 12 of the last 20, including defending champion Phil Mickelson.  B: Bunkers - The bunkers at Royal Liverpool are to be avoided at all costs. Even though there's 13 fewer of those lil' suckers compared to the 2006 version; that's still 82 pot bunkers eagerly awaiting an iron or wood no matter how well or poorly struck. C: Claret Jug - Officially called the Golf Champion Trophy, the Claret Jug is historically filled with an adult beverage of choice many times over, and if you're a true wine afficianado (read snob...why yes I am) the most expensive red conceived by nature in a $20,000 bottle of a 1990 French Domaine de la Romanee - Conti Grand Cru, Cote de Nuits was Phil Mickelson's beverage of choice at the conclusion of 2013's event. 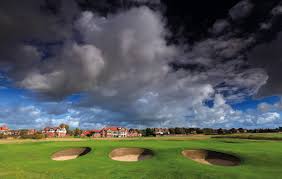 I digress. Brendon won't be drinking anything out of the jug this year.  He will likely find himself in the Green Lodge Hotel immersing his pain with a good Bohlinger's or Windhoek - I sure as hell would! One of these days, he's going to get over the hump and turn every one of these setbacks into a comeback, much like our W-L Coastal record.  He's not that far off, but just not having the much desired success he'd had over the past 3 seasons. One wonders if his rib injury has fully healed...but, no excuses. His stats have changed little all season and his debut Open Championship were no different if not respectable albeit the final column. 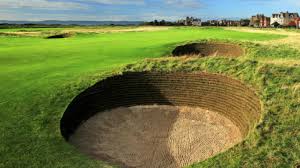 Brendon's not the only name player on the wrong side of the red bar. Bubba Watson was done before he even started having admitted in the press tent earlier in the week, Hoylake didn't suit his eye...oh wait, Pinehurst didn't suit his eye either! Really? Really...Bubba, ya might wanna adjust that 'tude just a bit if you're going to ride the escalator of success in this sport. I remember when he was a little snot-nosed stump jumper flailing throughout the junior circuit. Champions don't give two sh**s what course they're playing! Lee Westwood, Luke Donald, Ian Poulter, Ernie Els and Webb Simpson, all very good players that have revised their itineraries.

For what it's worth Brendon, this Carling's on us...Happy Birthday!