Another day, another scholarship offer form the Tech coaching staff and this one goes out to the underrated Keith Stone.

Stone is a 6'7", 240-pounder listed at small forward. He plays for Zion Lutheran Christian School in Deerfield Beach, FL where he helped lead the Lions to a 21-7 record during his junior season.

His highlights show a myriad of mid-range pull up shots extending to three point range. Whether it's a straight pull-up or a turn around jumper, Stone looks very comfortable on the offensive end. He also finishes at the rim in transition with an ease that belies his 240 pounds.

To me, he looks kind of skinny for that weight which leads me to believe he could stand to put on a few pounds without losing too much athleticism. As it stand he's...Keith Stone "Light". With some added strength, it wouldn't be too much of a stretch to see him capable of fighting in the paint at power forward. He already plays a physical game so it probably wouldn't be a huge transition. 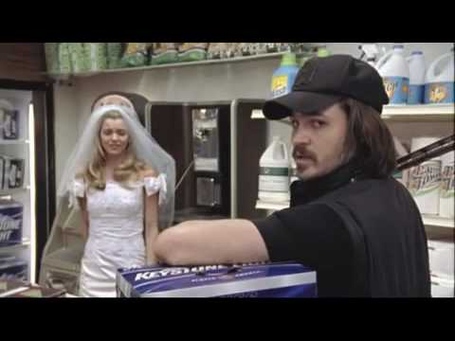 Tech joins Georgia Tech, Auburn, Alabama and Texas Tech as his biggest offers so far but other ACC programs like Miami and Florida State have also shown interest.

Based on the above timetable, the Hokies should know soon if they stand a chance to land the Florida standout.

ESPN currently has Stone listed as the 21st best prospect in Florida and a three-star recruit while 247Sports is slightly more generous putting him at 17th in Florida and the 39th best small forward nationally.