Virginia Tech Football: A Lookahead At The Greatest Strengths of This Seasons' Hokies' Opponents

Share All sharing options for: Virginia Tech Football: A Lookahead At The Greatest Strengths of This Seasons' Hokies' Opponents

Players come and go, but team statistics are usually indicative of the program. For example, in the 2013-14 football season, Virginia Tech made the Top 15 in the following Team Statistics:

From those facts alone, you know that the Hokies had a very good defense last season.

But what about the teams Virginia Tech must face in the upcoming season? What are their strengths as a program (based on recent performance, at least)? For the sake of this article I'm going to skip over William & Mary (nothing personal, it's just hard to compare FCS and FBS statistics). 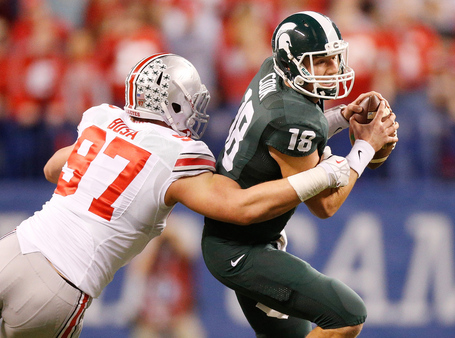 The Buckeyes literally ran over their opponents in 2013. Their top rusher was senior Carlos Hyde, who is obviously gone, and their #2 rusher was Braxton Miller who is now out for the season. Those two also accounted for 30 of the team's 87 touchdowns. Miller's replacement - J. T. Barrett - is regarded as a dangerous runner on the level of Miller, but his decision-making in the passing game is largely unknown.

Defensively, Ohio State had a fierce pass rush last season, and basically all of their sack leaders return. The Buckeyes were also fairly stout against the run in 2013. Where they were vulnerable was giving up long plays and touchdowns.

The Pirates were arguably the second-best team in North Carolina last season (they didn't play Duke, but they beat UNC and NC State) and they did it with offense, as you can see from the high statistical rankings. The Pirates' offense is expected to be formidable once again in 2014.

However, while the East Carolina run defense was sound, the pass defense was porous, allowing nearly 60% of all pass attempts to be completed. This is where the Hokies should be able to attack them. 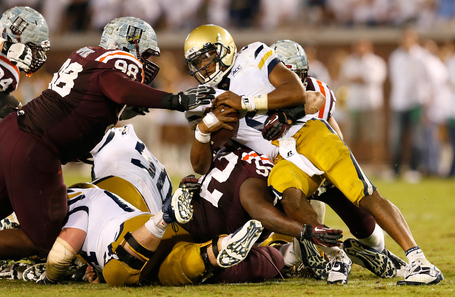 Georgia Tech drives for a first down against Virginia Tech. (Photo by Kevin C. Cox/Getty Images)

It should come as no surprise that the Yellow Jackets are good at running the football and converting third downs and red zone touchdowns. Somewhat surprising is how good their run defense was last season. Georgia Tech comes into this season with a new QB and with lots of new faces all over thanks to normal attrition, injuries and other actions. This makes it difficult to get a good feel about this team until they've played a few games.

An easy MAC opponent, right? Hold your horses - the Broncos defense features a talented secondary, as indicated by their ability to stop the pass. However, who needs to pass when you should be able to run on them? The Western Michigan offensive line may also struggle against the Hokies' defensive line. 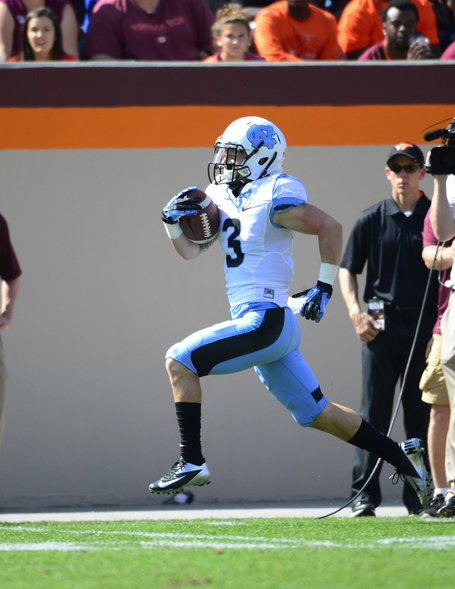 Last year, anyone who kicked to the Tar Heels was nuts. The Tar Heels were weak on defense, fairly good on offense, but excellent at returning kicks. The Hokies need to control special teams; if they can do that, Virginia Tech should be able to win the other two phases of the game. 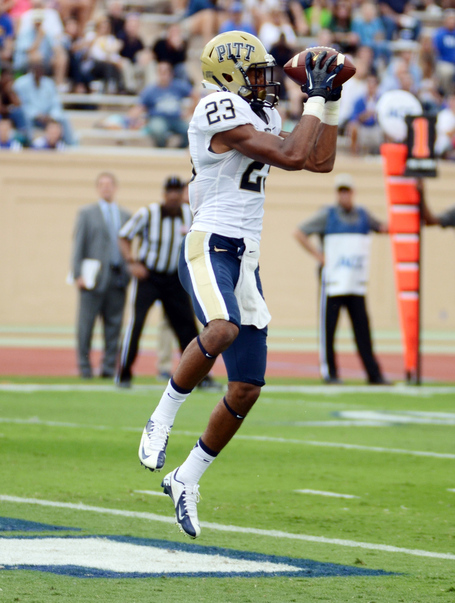 Pitt receiver Tyler Boyd (23) scores a touchdown. Boyd is one of the best receivers in the ACC.

As far as I can tell, Pitt wasn't in the top 15 in any team statistical category normally kept. Of course, that doesn't mean the Panthers were a push-over. Last year Pitt's best unit was the defensive line, but this year it may be the offense. Pitt will have legitimate offensive weapons in WR Tyler Boyd and RB James Conner, and the Panthers offense should also benefit from having QB Chad Voytik leading them. 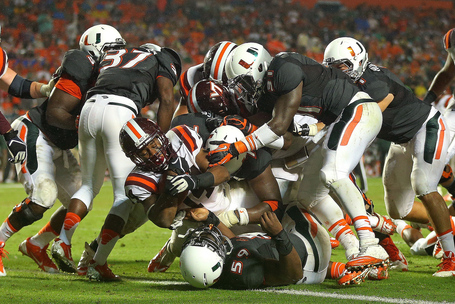 The Hurricanes had speed on offense and special teams - as indicated by plays of 30, 40, 50 yards or more, as well as kickoff returns. What the Miami offense didn't have last year was consistency. The 'Canes have been looking for a QB for a long time (sound familiar?). Even though freshman QB Brad Kaaya may be talented, he is going to be inexperienced this year - a fact which the Hokies' defense should be able to exploit.

On the other side of the ball, the Hurricanes have really struggled on defense in recent years, which could lead to more yards, points, and time of possession for Virginia Tech. 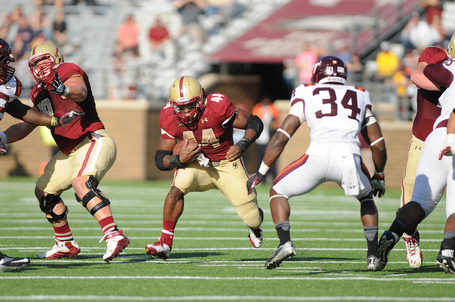 Andre Williams #44 of the Boston College Eagles carries the ball against the Virginia Tech Hokies.

The Eagles won the game 34 to 27. (Photo by Darren McCollester/Getty Images)

The story of the 2013 BC Eagles was simple: give the ball to Williams. When you have a Heisman candidate running back, that's what you do. Guess what? Williams is not there anymore. Hokies get revenge in 2014! 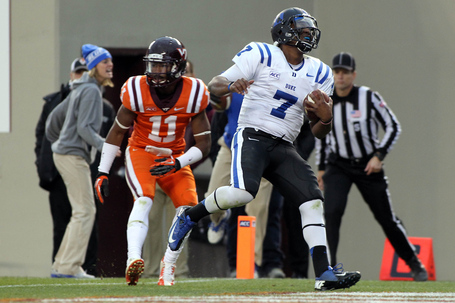 Statistically-speaking, Duke's best plays last season often came on fourth down. Kick returns, sneaky plays, you name it. Despite all of that, they barely defeated the Hokies last season. I don't expect a repeat.

The 2013 Deacons actually led the nation in one statistic, and it wasn't even close. That team was the best there was at converting fourth downs. Of course, they didn't play the Hokies last year. 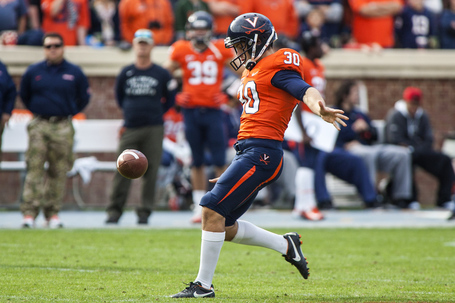 Last season the Cavaliers were good at returning punts. A cynic might say that's because the punt return team was so well rested. (Note: I think the punter got plenty of reps, too!) Time of possession was very similar to Virginia Tech - neither team likes to let the opponent have the ball much.

BOTTOM LINE: The Hokies face some formidable units this season, but really only one or two teams which can put together a solid unit in all three phases of the game. That's why this season has the potential to be a very good one for Virginia Tech!