Virginia Tech Football: East Carolina Outplays the Hokies. The Agony of Defeat at High Noon on a College Football Saturday

Share All sharing options for: Virginia Tech Football: East Carolina Outplays the Hokies. The Agony of Defeat at High Noon on a College Football Saturday

"Nothing in life is quite as important as you think it is while you’re thinking about it." Daniel Kahneman, Thinking, Fast and Slow

This is no time to overreact. (OH MY GOD, what just happened? UVA won, too?)

But there goes my pipe dream of an undefeated season.

I’m not one to quote Saint Paul. But this is one of those times when you do need to dwell on whatsoever things are worthy and noble, or worth thinking about. Well, I do at least.

So let’s just get out of the way any "hangover" talk. For now.

I agree with the Virginia Tech players and coaches, not to mention Aaron McFarling and Andy Bitter, that this was not simply the result of a hangover from the epic Ohio State victory. For starters, that’s insulting to East Carolina, who outplayed Virginia Tech for most of the game.

The Hokies started showing vital signs on offense – and defense, for that matter – far too late. The Virginia Tech special teams never completely put it together. They seemed to be acting out a scene from Football Follies when trying to down a punt inside the five yard line of ECU late in the game (in fairness, ECU did as well). Then, inexplicably, after our offense finally tied the game with just over a minute left, our kicker, Joey Slye, promptly placed the kick off out of bounds! What a way to help the defense, special teams.

The punt return game looks promising with Greg Stroman as the returner. That’s the only bright-spot I see in the area of special teams -- and, I suppose, the fact that our kickers probably won't ever be arrested by the Blacksburg Police. The kicking game needs a shakeup. And would someone tell ALL the return guys not to bring the ball out of the endzone? Please, just for one game.

Can we also not wear white anymore at home? It seems like implicit surrender.

We almost sorted it all out in the end. That’s positive thought #1. This team made a valiant comeback, led by some incredible play at wide receiver by the new guys, Isaiah Ford and Cam Phillips. ("Cam/Kam" – great name for a Hokie. Bodes well.)

On the flip side, the East Carolina quarterback, Shane Carden, unwrapped the Virginia Tech secondary like a box of chocolates, with mostly goodies inside.

It stinks to lose. But it really stinks to lose at home, after one of the greatest wins we’ve had in a while. And to do so in a noon game, when you’ve been looking forward all week to watching college football all day. The risks and rewards of noon games – I don’t like the gamble. When you lose, you get to relive it all day; the eyes well up every time the day’s highlights and scores roll. (Kidding about that last part.)

What is most fun is when your team's loss is the top story in college football part or all of the day. To approximate, it’s sort of like this:

The "agony of defeat" -- I always remember this part of the old ABC Wide World of Sports intro, narrated by the great sports announcer, Jim McKay. Not the part about the "thrill of victory." I have no mental images associated with that phrase. But say "agony of defeat" and I will immediately think of that awful skiing wipeout.

Is everyone in Hokie Nation shiny and happy now? Good, because we all hate to lose. But there is nothing worse than losing the next game because of another hangover; or perhaps the actual first hangover of the season, depending on what you conclude about why we lost this game. (In the end, who cares if it would be our first or second? Let's just show up next week and not let the East Carolina performance beat us again, via Georgia Tech.)

This team better sober up now. No team is good enough to show up sporadically throughout the game, and expect to win. I think they will.

I’ll leave it to others to spill and parse the sobering facts from Saturday. So that I could watch college football for the rest of the day, I had to move on mentally. (Also, I'm driving a long way next weekend to attend the Georgia Tech game. I'm not ready to accept anything less than that the GT game now is where the recovery begins.)

I leave you instead with these simple observations and questions:

1. Now that we have had what are likely to be our best and worst outings of the year, what will this team learn from these experiences?

a. How will the freshmen respond?

b. What about Brewer?

c. Will anyone else be able to do that to our defense? To our secondary?

2. Injured players at the forefront of my concern: Corey Marshall, Ryan Malleck, Michael Brewer (he's been knocked around far too much), and Trey Edmunds.

3. Freshmen WRs must start and get more playing time than their upperclassmen counterparts. They’ve earned it. Stanford had a terrible game. Cam and Isaiah were almost always clutch.

4. Will we ever have a dominant running game again?

5. Why do we continue to blitz so much?! Is it worth the risk?

6. Motley needs to be brought up to speed asap. Brewer is getting crushed. Motley could spell him and introduce a dual threat, even if Brewer stays upright. I don’t see it happening, though, if the beatings continue.

7. In ECU's first offensive series, the freakish deflection caused by Deon Clark's blitz, which somehow turned into a first down pass, put a spell on me for a long time. I fell for the wish that what was happening to Virginia Tech’s defense at the time was a fluke -- like that crucial 3rd down conversion. Unfortunately, it wasn’t -- turned out to be a harbinger of doom.

8. It happens. This is a young team. They will bounce back.

Stopping there. 8 is a lucky number, for me.

Congratulations, East Carolina University. Your football team played like its hair was on fire. ECU knocked VT on the mat early. By the time the home team got to its feet and its senses, ECU connected again. We’ll see you next year.

Float on down the river, Hokies. There are better views ahead. 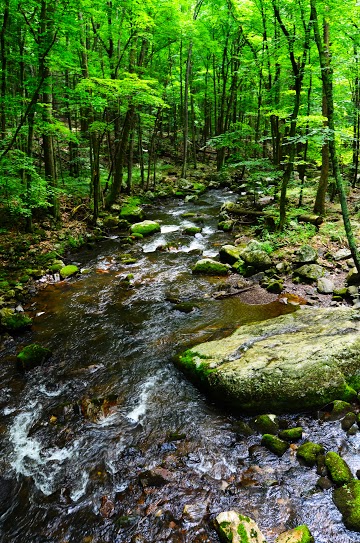