How was the Ohio State game weekend experience? Find out in this first (but hopefully not last) installment of Hokies on the Road as three Gobbler Country writers traveled to Ohio Stadium and documented their trip. This week's edition will be a three-part installment from contributors Ryan Gold (@ro24kt), Mike McDaniel (@mikem92VT) and Justin Cates (@bestcates).

Share All sharing options for: Virginia Tech Football: Hokies on the Road, The Ohio State Game Experience Part I

A friend and I left Annandale, VA Friday evening and stayed at a Motel 6 in Washington, PA—about 2.5 hours from Columbus—so our drive was broken up and we could be rested for game day.  It will probably be our first and last time at that motel and town, but what do you want for $68/night? Sadly, I don't have any pictures from this ashtray-smelling room experience.

We arrived in Columbus at noon on Saturday and were fortunate enough to have other Hokie friends make the trip. One friend who works in Ohio had a tailgate set up close by the stadium. It had all of the necessities that make up a fun tailgate: friendly people, beer, grilling, cornhole, beer pong, etc. There also was Virginia Tech-colored Jell-O shots which were delicious and visually appealing. 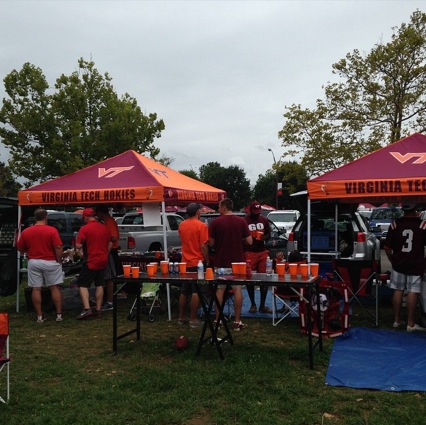 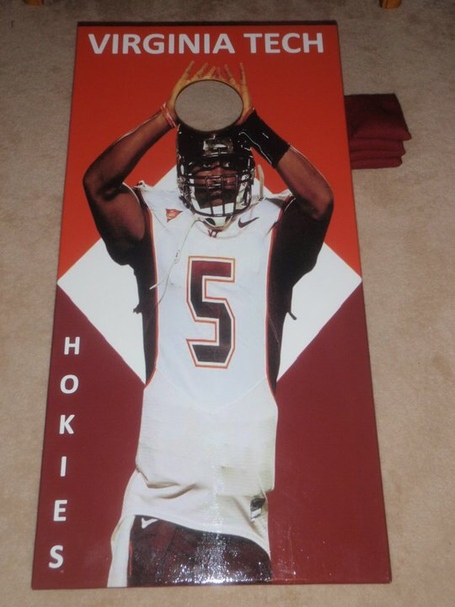 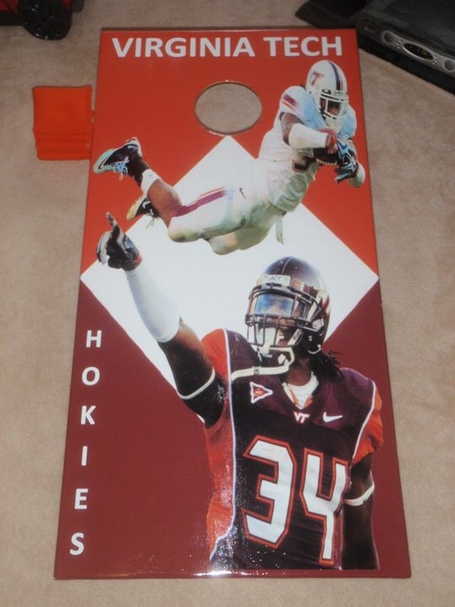 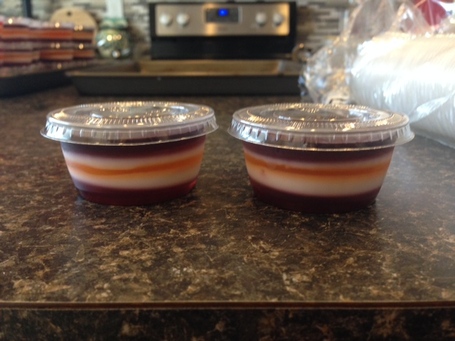 I can't stress this enough: Ohio State fans made for the most welcoming and friendly  game environment I've ever been to in my 14 years of Virginia Tech game experience. This includes visiting fans at Lane Stadium. OSU fans of all ages were coming up to us and sincerely saying, "Welcome to Columbus. How are you liking it so far?" and "good luck" or some other friendly gesture. We tailgated with them, they offered us food and drink, we accepted and had a great time mingling with the locals. The Buckeye fans were so damn hospitable that by the end of the night I was almost disappointed no one talked smack to us even once. I was blown away with how friendly and genuinely welcoming Ohio State fans were.

I can only hope that we are as nice to visiting fans as they were to us.  People may snicker and make fun of Hokies Respect, but let's show the Buckeye fans what Virginia Tech hospitality is all about next Labor Day.

I'm a senior at Tech, so after my only class on Friday, I made the trek up to Columbus with my three roommates and my girlfriend.  Believe it or not, there isn't a ton going on between Blacksburg and Columbus, so the drive was about 5 hours with little to no exciting scenery, but most importantly, no traffic. We stayed at a Hampton Inn for $100/night about 15 minutes from campus that my roommate's girlfriend was able to get us since she has family in the hotel industry. When we arrived on Friday night, we immediately made our way towards campus to meet my roommate's brother, who is an OSU freshman. We all went out to Buffalo Wild Wings and saw little-to-no Hokie fans in the area, but that would all change on Saturday.

On Saturday morning, we commenced with tailgating in the OSU hospital parking lot with a ton of Hokie fans and many Ohio State fans. Throughout the duration of the pregame tailgating, all of the Buckeye fans I encountered were very welcoming to all of us, which was nice because it could have very easily been different coming into an opposing campus. Tailgating was fun, as I spent a majority of my time talking to my fellow Hokie fans and snacking, drinking, and enjoying the college football atmosphere outside of Blacksburg. 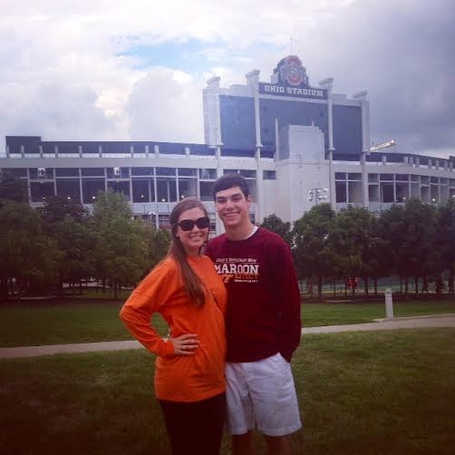 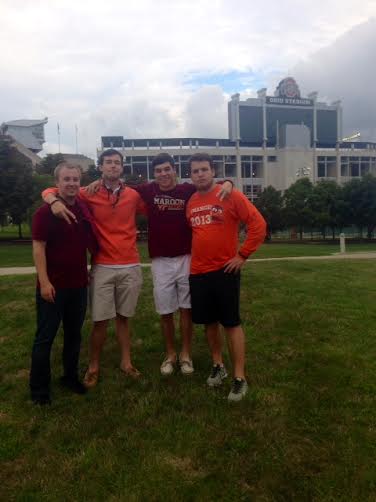 It's positively invigorating to wake before the sun, load into the car and proceed to race the morning across the horizon toward a college football game in a strange place. It's a level of excitement that only the truly crazed fans and a few intrepid members of the sporting press can fully comprehend.

After leaving my point of origin in upstate New York, I drove to Cleveland first to meet up with friends before we sojourned on to Columbus. After a meandering bus ride from our hotel towards Ohio Stadium, we disembarked on High Street where we wandered in and out of bars for several hours before kickoff. The area near the stadium is littered with varying levels of dive joints conveniently located near campus. I remember popping into The Library and The Thirsty Scholar among others.

There was an incredible mass of humanity everywhere. Just so many people attempting to occupy the same space. Everyone seemed to regard us Hokies as an oddity. They were friendly enough, but the majority of people seemed ignorant of anything outside of Ohio. There was a surprising lack of knowledge about the Tech program and people seemed shocked that our fans showed up at all. Every person we met basically apologized for the whooping we were about to receive with a strange brand of Midwestern condescension that was at once pleasant and insulting.

I played up the, "Aw shucks we're just happy to be here," card and began to feel like I was privy to a powerful secret that no one else would even believe if I tried to explain. I felt confident striding into their cavernous stadium that a record crowd was about to receive a very unpleasant introduction to Hokie Nation.

Of note, The Best Damn Band in the Land lived up to its name. Watch the first few minutes below to see Tech Triumph lead right into script Ohio. I apologize for the low angle (I didn't take it) but it's still very cool.