The Sorting Hat has made its decision. The Virginia Tech Hokies were sorted into the venerable Slytherin House at Hogwarts School of Witchcraft and Wizardry.

Recently the Sorting Hat at Hogwarts School of Witchcraft and Wizardry was asked to assign each FBS program into one of the school’s four noble houses – Gryffindor, Slytherin, Ravenclaw, or Hufflepuff.  Many of the Hokie faithful expected that VPI would be a shoo-in for Gryffindor.  Such a selection seemed obvious!  VT and Gryffindor have similar colors and the traits of the house include those of courage and daring, both of which the Hokies exemplify.  Both organizations have a castle, or you know… a Cassell.  Whatever.

In a surprise decision by the one-thousand-year old cap, the Virginia Tech Hokies were sorted into notorious Gryffindor rival, Slytherin House!  While this selection may come as a surprise, with many likely to object, it becomes difficult to disagree with the wisdom of the Sorting Hat when all facets are considered.

The Slytherin House champions four primary qualities.  Those that exemplify these particular qualities are often sorted into the green and silver.  The four Slytherin House tenants are ambition, a cunning mind, creativity, and resourcefulness.  Below are some historical highlights that clearly demonstrate the Hokie’s exhibition of Slytherin House’s merits.

Ambitious – In 1987, when Frank Beamer took over the football head coaching job, the Hokies were an Independent team, and had been since 1966 when they left the Southern Conference.  In 1991 the VT football team joined the Big East conference, and four years later they won the Big East conference title.  Eight years after joining they were playing in the BCS National Championship.  That wasn’t enough though.  The Hokies leveraged their success in the Big East to join the ACC in 2004 where they immediately won the conference championship during their inaugural year.  After spending 26 years as an Independent, within 13 years of joining a conference the Hokies had already competed in a National Title game and earned a conference title in one of the Power Five conferences.

Cunning – In 1996 Bud Foster was named as Virginia Tech’s defensive coordinator. Since taking over he has continuously and consistently developed top ten defenses in college football. From 2004 through 2009 he coached the No. 1 defense in the ACC and was always in the top 12 of scoring and total defenses in the nation.

Creative - Frank Beamer reinvented the way that special teams on the football field was played.  He demanded that the best players be involved, often resulting in starters being on the field for special teams play.  His emphasis on special teams resulted in the colloquial term, BeamerBall, in order to describe this wily strategy.  Beamer’s special teams strategy has influenced the game of football from high school to the NFL.

Resourceful – During the 2015 season legendary coach Frank Beamer announced his retirement, and the Virginia Tech Athletics Department was faced with having to replace the winningest active coach in the FBS.  Whit Babcock, the Virginia Tech Athletic Director, immediately went after and secured Justin Fuente, the most in demand head coach prospect in the nation.  Many felt that Bud Foster had earned the job and that this hire would surely mean his departure for a different head coaching opportunity.  Nope.  He decided to stay on staff as the defensive coordinator. 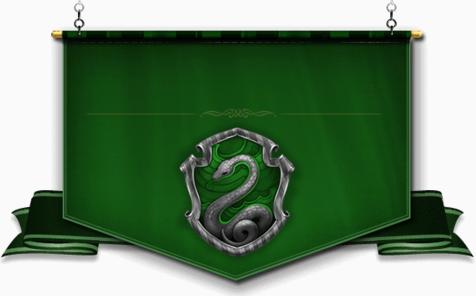 Both Slytherin House and Virginia Tech are steeped in rich histories, punctuated with larger than life individuals that built them into the storied institutions we know today.  Who in the history of the Fighting Gobblers fills a similar role that the greats of Slytherin house occupied?

One of the four great wizards who founded Hogwarts, Salazar Slytherin was the first head of the house named after him.  Salazar chose his initial students based on the four tenants listed above.  Much like Salazar and Slytherin House, the Virginia Tech football program is the house that Frank Beamer built.  Salazar’s contributions to forming the greatest school of witchcraft and wizardry are not unlike Frank Beamer’s own efforts.  Although not the sole contributor, Frank Beamer’s efforts and achievements have arguably been a vital factor contributing to the national athletic and academic renown of VPI.

As the head of Slytherin House and eventual headmaster at Hogwarts, Snape successfully navigated his house and the entire school through the most tumultuous and dangerous time Slytherin and Hogwarts had faced.  Although his genius was not initially recognized, it became obvious that without the courageous actions and intellect of Severus Snape the school would not have survived.  Not only has Whit Babcock brilliantly handled the replacement of one of college football’s greatest coaches, he has also recruited stalwarts, in other athletic endeavors, to the Hokie cause.

That’s right, the most famous wizard in history was, in fact, a member of Slytherin House.  Has Coach Fuente achieved the same notoriety as Merlin?  Certainly not.  But, he has demonstrated that he works magic with quarterback development, offensive schemes, and the resurrecting of programs.  The Hokie faithful believe that Fuente will return Virginia Tech, not only to its previous glory, but hopefully lead the Fighting Gobblers to their greatest era and achievements.

Slytherin House is often shackled with the perception of being cruel and evil, but that is certainly unfair and an improper, short sighted assumption.  While the qualities the house hold to can be corrupted, particularly ambition, the tenants – when exercised in a positive manner –  lead to incredible accomplishments.  Like Severus Snape, a man described as the bravest of all witches and wizards, and Merlin, the greatest of all the witches and wizards, Virginia Tech also has the tools and qualities to be counted amongst the greats.  Go Hokies!