Virginia Tech has produced many great players at the collegiate level, Cam Phillips is one of the greatest receivers in Virginia Tech history, but he hasn’t been able to make that jump to the NFL. There is a big reason why. 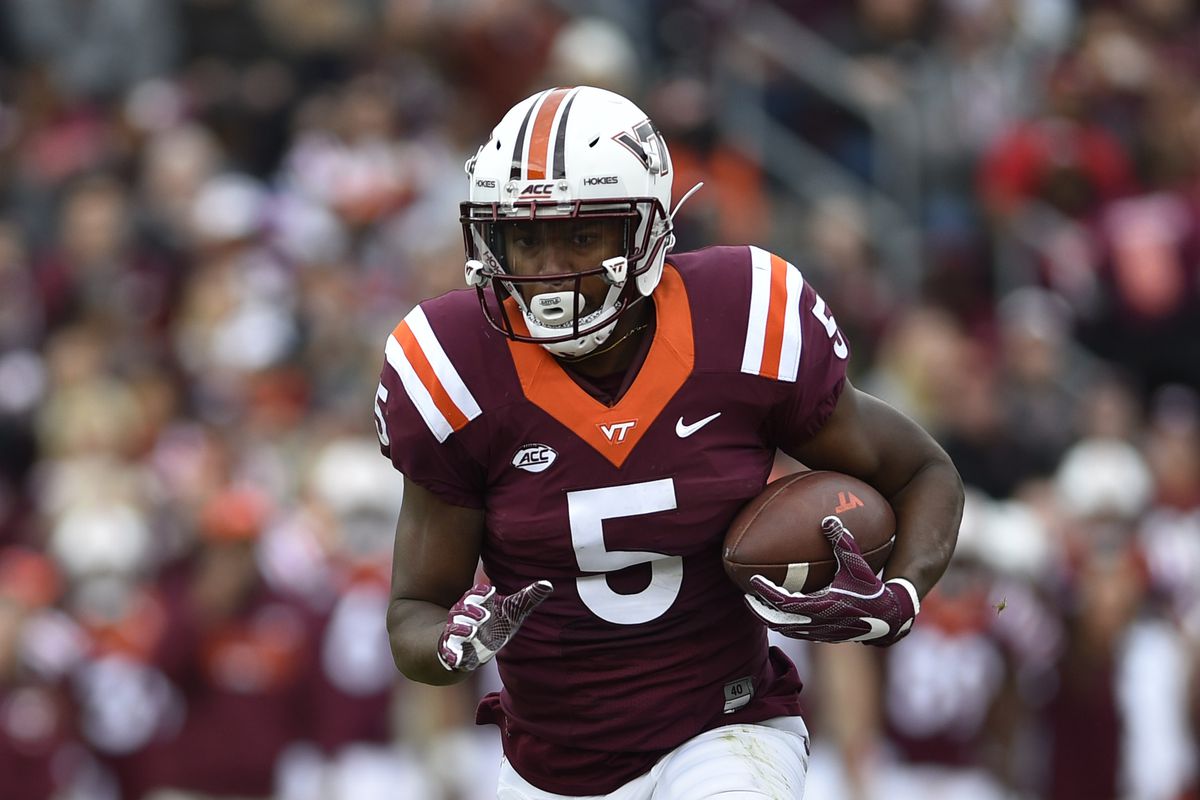 While watching the 2016 collegiate season, Phillips’ junior year, Hokie fans got to see one of the most talented receiving groups in the program’s history: Isaiah Ford, Bucky Hodges, Sam Rogers, and, of course, Cam Phillips. 2016 was Justin Fuente’s first year in Blacksburg, and it was a memorable one. The threat of having the wide-outs, Ford and Phillips, on opposite sides of the field with Hodges in the slot and Rogers in the backfield could not be stopped by any defense. This was when we first got to see what Phillips was capable of while he performed well under the wing of the legend Isaiah Ford. Phillips would rack up 76 catches for 983 yards and 5 touchdowns while leading all receivers on the team in snaps played.

When the 2017 season came around, it was time for Phillips to utilize everything he learned from the former weapons as Ford, Hodges, and Rogers had all moved on to the NFL. Phillips would produce another stellar year with 71 catches for 964 yards and 7 touchdowns to end his collegiate career and would now pursue his lifelong dream… to play in the NFL.

Phillips sat through all three days of the 2018 NFL Draft hoping to hear his phone ring. But, unfortunately, he did not get the call. On May 11, 2018, a few weeks after the draft, the Buffalo Bills offered Cam Phillips a contract to try and compete for a roster spot come fall. Phillips was not offered a spot and found himself on the practice squad. Phillips would bounce around the practice squad and official roster for his entire rookie year. On August 31, 2019, the Bills announced that they were going to waive Phillips.

Not much seemed to be going right for Phillips until there was an announcement that the XFL would be introduced in 2019. The new football league held its first annual draft and Cam Phillips was an available player to be drafted. He had to wait a while but, eventually, the Houston Roughnecks selected Cam Phillips in the 6th round.

Phillips began his XFL career about as perfect as possible. In 5 games, Phillips put up an astonishing 31 catches for 455 yards and 9 receiving touchdowns leading the league in all three categories.

Most people were wondering, "How is it possible that Cam Phillips could be a star in the XFL but couldn’t even make an NFL roster?" Well there are some key factors of Phillips’ game that didn’t translate to the NFL but really stood out in the XFL.

The NFL is popular because of amazing plays made by wide-outs who can get up and snatch deep balls away from defenders. More and more NFL teams are looking for the "Randy Moss" or "Calvin Johnson" of today's game. This means that a receiver must be able to show lateral speed, have the ability to make moves to get around defenders, have the ability to break tackles, and have the ability to adjust to any ball thrown their way.

Cam Phillips is 6 feet tall and a little over 200 pounds which is relatively small for a wide-out in the NFL. Phillips is very built in the lower half of his body making it very easy for him to slip out of weak arm tackles but hurts him in quickness and his ability to make skill moves like juking or spinning. In today’s game, you must be able to make defenders miss or you will never get separation from your defender. In the XFL, Phillips was able to fly past everyone because of the poor defensive talent in the XFL but, in the NFL, there is no way Phillips would be able to just simply run past defenders. Most of his touchdowns in the XFL were made possible by holes in the defense that wouldn’t exist in any NFL secondary. Phillips was not invited to his draft’s combine so there is not a 40 yard dash time for him. But, watching all of his XFL highlights, it looks like his 40 time would be somewhere in the range of high 4.40 to low 4.50. That is an average speed for a wide-out, especially in the NFL. Another thing that hurts Phillips a lot is his ability to come down with those 50-50 balls. The NFL is full of talented players who love attacking the ball at its highest and if you are unable to bring it down, you won’t see the field.

Phillips’ lack of athletic moves and the ability to increase his catch radius are big factors on why NFL teams may be hesitant to sign the young receiver but he still has plenty of time left in his promising career. If Cam Phillips does not find a home in the NFL this year, I expect him to play for the Roughnecks in the XFL again next year. With some work, Cam Phillips is capable of being a very elite target in the NFL in a few years.

Where will Cam Phillips spend 2020?